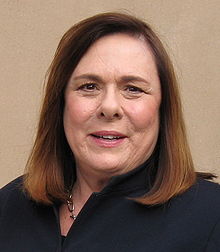 The mainstream media has been demonstrably biased in favor of Barack Obama  —  as if I had to tell you  —  at least those of you on the Right.

I’ve said most of the mainstream liberal media have given up all pretense of objectivity, but just when I think they can’t do any worse, they do worse. Take CNN’s Candy Crowley in last night’s presidential debate. No I mean take her. Take into your camp, Lefties, and let her serve your propaganda needs in that place. If you love your country so much, as you say you do, then you’ll appreciate the need for objectivity in things like nationally-televised presidential debates, and you’ll take her away from that stage.

There’s still hope for many in the mainstream media  to redeem themselves, as many have (see Fox News Channel reporters and anchors, most of whom came from mainstream media), but time is running desperately short for them. Less than three weeks.

The trouble is, their egos, their pride, the shear amount of time and ink and journalistic capital they’ve already invested (or dumped, like so many Obama bailouts), will not get them off the couch to do something about it. The reputations they’ve already invested in a Barack Obama win, and in the advancement of progressivism generally, will prohibit most from arising and doing the right thing: breaking from the consensus media and becoming honest brokers again. Going “rogue,” as Sarah Palin (to bring up a sore point for you character-assassins in the media) coined it. Doing so would prove they were wrong, and that’s hard. And liberals don’t like doing things that are hard, and right, when there’s so much “free” and “easy” to consume from the government teat.

So news outlets will crash and burn. Which is good. Careers will be ruined. Which is good. More of the public’s trust will be lost. Also good. Respect: out the window  —  or I should say what little is left of the respect they still have, which isn’t much. According to  a 2011 Gallup poll, just 28% of the public said they rate the honesty and integrity for the profession of “journalist” as “very high”  —  and that was a year ago. I’m sure it’s only gotten much, much worse since then, what with their terribly biased, anti-Republican coverage of the GOP nomination for president, and the hideously biased coverage of campaign of 2012, in which the mainstream media has hit bottom, but has continued digging. Digging Obama.

Surely some of them are embarrassed by this Obama suck-up routine, even though I have held in the past that most liberals are rarely embarrassed by their own displays of overt liberalism, and even by its proven failures. The trouble is, after living a life of progressive governments and their social engineers, leftist teachers (sometimes radically so), a very liberal-left anti-conservative Hollywood, state-funded left-wing culture-creators generally, and an insecurity-based, group-think mentality, most are so liberal they don’t even know how liberal they are anymore. Some just live in a liberal-left bubble, and have honestly lost real objectivity. Most of them act as non-media liberals do at, say, cocktail parties, or around the water cooler: they think everyone in the room agrees with them. And that’s fine, as long as they’re out having cocktails with their pals. But CNN isn’t cocktails. And the New York Times also isn’t.

Some in the media still pretend to be honest. They’re simply hideous and I pay no attention to them any more. They’re clowns. At least they should give up the pretense, and man-up, or woman-up, or whatever, and own their deception and fakery and lack of professionalism.

You’d think they’d place some value in journalism as a profession, and in the institution of journalism, since they’re ostensibly in it. But every indication is that they don’t value it. Maybe it has reached a tipping point toward failure, and they have just given up rather than choosing to fight to right the ship. Maybe they’ve become “empowered” (a progressive word favorite) and emboldened by recent successes, such as their help in getting their man Obama elected, that they think they’re beyond reproach; that they’ve achieved the fabled tipping point toward socialism, which I know is their ultimate goal, and so “what the hell?” seems to be their credo now.

They are losing every vestige of credibility, each and every day, and they don’t seem to care.

Back to last night’s debacle: We saw an excellent example of all of media perfidy last night, where one supposedly straight-up news reporter for a supposedly straight-up news network, CNN, literally injected herself  —  quite reflexively  —  into the presidential debate, and defended Barack Obama on a debatable point of contention (coincidentally, something which also points to a coverup). That is very odd behavior for a presidential debate moderator, but the fact that it came so naturally for her, reveals the systemic liberalism that is now inherent in the ever-emboldened, biased, and lazy mainstream media.

Hideously, post-debate, after the audience had tuned-out, she went on CNN and walked-back her reflexive Obama face-suck, and corrected herself by admitting that actually Romney was right on the main issue.

She admitted Romney was actually right. Sorry did I just repeat myself? I guess I just had to say that “louder,” in case you missed it. You know  —  kind of like she obeyed Obama when he instructed Crowley to repeat her defense of him but to say it “louder,” right in the middle of the debate. And then she did just that. Like a lap dog. An Obama lap dog. The fact that the president of the United States had the temerity to ask the “moderator” to repeat the remark, speaks volumes for the perfidy I am speaking of.

Candy Crowley wasn’t a moderator. And she wasn’t just a participant in the debate  —  she was an advocate. I’m an advocate, so I know. But I’m allowed to be. She is not.

Hey Lefties: I suggest Sean Hannity for the next debate moderator. Any problems with that? Yeah I thought so. Even conservatives wouldn’t want that, because they seem to understand the difference, as does Sean Hannity, who openly acknowledges his conservatism. Of course in fairness to all, in order to help start to make up for 25 years of liberal-left-biased debate moderation, it might actually be a great idea.

Cross-posted at ProudToBeCanadian.ca and Joel Johannesen.com