Home Columnists A Black Man Can 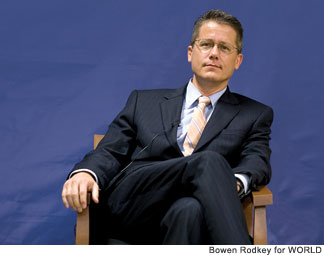 There is a bumper sticker I have often seen displaying these four simple words: “A Black Man Can.” The words could be taken in either of two ways. One interpretation is liberal – calling for whites to stop discriminating and give black men a chance. Another interpretation is conservative – suggesting black men can achieve without the help of government programs.

I suspect the “Black Man Can” sticker is most often displayed in conjunction with the former message. Either way, it hopelessly misses the mark in addressing the solution to the chronic underachievement of black males in a land that holds promise for all regardless of race.

*A black man sitting at a counter in a café overheard a conversation I was having with a friend. We were talking about the then-upcoming Mississippi State/Ole Miss football game. The black man, a total stranger, interrupts and says that “as a black man” he would never live in Mississippi or anywhere in the Deep South. When asked whether he had ever been to the Deep South, he responded in the negative. When asked whether he actually knew any black men who had moved to the Deep South and experienced heightened discrimination, he responded in the negative. The eavesdropping black man said he was from New York, by the way. He simply assumed that discrimination was exponentially higher in the Deep South than it is in the North. When asked whether he was racially prejudiced against white Southerners, he abruptly bowed out of the conversation.

*A black male friend of mine wanted to know what I thought of Herman Cain. He asked me specifically whether I thought Cain had any chance of getting the GOP nomination. I told him I thought he did (this was several months ago). He responded by saying “No way. But if he were not a black man, he would be the front-runner.” The statement was problematic for a pretty obvious reason. At the time of the statement, Herman Cain was, in fact, the frontrunner. My friend was so assured that white racism would prevent Cain’s success in the GOP that he did not even bother to monitor the polls.

*Last year, a black man accused of a series of misdemeanors reached out to me for legal advice. I know him well. But I declined to give him the advice and instead gave him the number of a lawyer friend of mine. The accused man said he was certain he would be convicted adding, “Even today, a black man cannot get justice.” A few months later, he was convicted. There was no jury trial and the judge was black. But, in the aftermath, he continued to assert that he was mistreated by “the system.” He kept saying “But there was no evidence” over and over again. At no point did he say “But I was innocent.” In other words, this black man was convicted because he was simply guilty. But he could not let go of the racial crutch upon which he was leaning.

Among the themes running through all of these real-world accounts is a considerable lack of maturity and leadership on behalf of the black men decrying racism. Whatever the effects on their own behavior, the effects upon others are decidedly negative. When a black man declares he would never live in the Deep South, he forecloses on legitimate opportunities that may be awaiting him there. Worse, he encourages younger black men to similarly limit their opportunities.

When a black man declares he has no place in the GOP, he renders himself a slave to the policies of a party no longer concerned with courting his vote. Worse, he erects psychological barriers in the minds of younger black men who might bring reform to parties perceived to be unresponsive to their community’s needs.

When a black man convinces himself that the issue of his innocence is irrelevant, he kills any chance for repentance and personal rehabilitation. Worse, he convinces younger black men that they need not conform to the rules of society. Whether criminal or not, the system will eventually get them.

The good news here in the 21st Century is that there are far fewer true racists than there were in the 20th Century. The bad news is that today’s black male is doing the work of yesterday’s racist. By keeping alive the myth of persistent white racism, he creates a culture of helplessness among other black males. In the meantime, black females are achieving far more than black males – thus putting the lie to the assertion that race, not culture, is at the heart of the problem of black male underachievement. 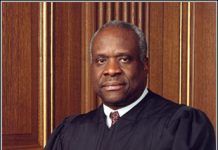 There’s a word for this.

My Speech to the NAACP

Who you calling a racist, racist?