A homophobe writes, so to speak.

Actually I don’t hate anyone, and I’ve not been frightened of, or intimidated by, much since working in Belfast and the West Bank. But because I oppose same-sex marriage and some of the more aggressive aspirations of the gay community, I’m called all sorts of things.

It doesn’t matter. What does matter is some 6,000 gay men have been murdered in Iran and thousands more beaten, tortured and slaughtered in Egypt, Gaza, Saudi Arabia, Yemen, Syria, Jordan and pretty much everywhere else in the Arab and Islamic world.

I mention this because once again Queers Against Israeli Apartheid are about to march in the Pride parade in Toronto. The term is a gruesome misnomer, a macabre political irony, a hateful paradox.

And it’s time for someone who is not regarded as a friend of the gay community, and who would never attend the parade, to make it abundantly clear that only a moral criminal would ignore the plight of gay people inside Israel’s neighbours, and pretend that Israel treated homosexuals with anything other than total equality.

Let me be clear. I do not approve of the Pride parade, and find the hedonistic displays, cross-dressing, nudity and self-obsession highly objectionable. I also know that the claims of more than a million attendees are a joke.

It is my right to disapprove, as it is the right of gay people to be treated with respect and to have the same freedoms and protection under law as anybody else. Discrimination in employment, housing or inheritance is wrong. End of story.

One of the reasons I so admire the Jewish state is that whatever its challenges — and few nations face more — it labours to guarantee these fundamental principles and laws. There are many Muslims, Christians and Jews in Israel who would prefer there were no Pride parades in Tel Aviv, Haifa and now even Jerusalem. But there are. There are some who detest the thriving gay scene in Tel Aviv, the welcoming of gay tourists, the presence of openly gay army officers, some of whom have won medals for the highest gallantry.

This disagreement is part of the democratic process. It does not, however, exist in any Arab country. Even relatively moderate Jordan or Lebanon have no protection for homosexuals. The first gay conference in the entire Arab world, held in Beirut a few years ago, had more police guards than participants. Gay Palestinians flee their homes for the freedom of Israel, gay Egyptians plead to enter Israel for a life of dignity.

So how dare they, how the hell dare they, try to exploit the parade in Toronto to spread their venom and their racist propaganda! They’re not queers against Israeli apartheid, but neurotics and extremists screaming at mommy and daddy, and using people’s ignorance or indifference to create an untruth. If you tell a lie often enough, said the fascists, people believe it. How right they were.

Remember one thing. The parade, and even the anti-Zionist fanatics in the parade, would be allowed and protected in only one place in the entire Middle East. Yes, Israel. L’chaim.

Bullies or victims? Fairness and proportionality strike out in sport and sexuality

The Price is Wrong 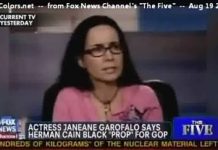