It’s that time again. Every four years we have it, and it’s always worth the wait.

Yes, time for boring old hacks to write dull, dull, horribly dull and predictable columns about how the Olympics are commercial, uninteresting, and just a way for rich countries to lord it over poor ones. And the gold medal goes to? None of them, because they’re all runners-up in the game of journalism.

Yes, of course the Olympics are too commercial. Just like Christmas, Lourdes, love and life are too commercial. Uninteresting? Not true actually. If anything the Games are more gripping now than ever before, with more countries and cultures competing and high standards of achievement.

Wealthy nations always dominating? This is painfully inaccurate. The most populous nations – India for example – don’t do well, but that’s largely because other sports such as cricket are so enormously dominant. Similarly, many of the Islamic countries do not encourage Olympic sports for men, and positively forbid them for women.

But the argument simply doesn’t hold. Kenya, Ethiopia, Cuba, Jamaica, Bulgaria, Greece all excel. In terms of size, Australia has a tiny population compared to its medal haul. Stories abound of athletes who have trained with hardly any public support and gone on to win medals.

Outside of the packaging, it’s not so different from the Games that saw Jesse Owens or Harold Abrahams overcome racism or for that matter the one that saw athletes salute Hitler.

And here is a precedent that should grab our attention. In 1936 in Berlin, the Nazi leader was celebrated. In 1972, other Jew-haters ­— Palestinian terrorists — murdered Israeli athletes. Now, 40 years later, the families and supporters of those slaughtered Olympic athletes asked for a minute’s silence to remember, in an apolitical manner, athletes no longer with us.

When the death of obscure sporting bureaucrats leads to the wearing of black armbands, and the most tenuous passing produces pauses for remembrance, it is truly shocking that the Olympic authorities have refused to allow a mere 60 seconds to commemorate those 11 innocent men murdered merely because of their race and nation.

The reasons are, of course, obvious. So are the reasons that Israel is forced to compete in European rather than Asian tournaments, that Arab countries and Iran are not expelled from sports bodies when they refuse to compete with Israel. The financial power of the Islamic bloc. The Muslim countries objected to the minute of silence, threatened all sorts of repercussions if it proceeded, and the result was submission.

German, Canadian, Australian, British and other parliaments have called for the minute of respect, numerous leading athletes have echoed the demand, but it didn’t happen. Nations that prevent basic human rights and reject notions of equality now tell the civilized world how to behave.

Which brings us back to Berlin in 1936. Non-German athletes were advised by their handlers to give the Nazi salute and to not rock the boat because otherwise the Germans would cause all sorts of trouble. To their eternal disgrace, many of them acquiesced. Today we are ashamed of them; one wonders how we will remember those who gave in to another form of fascism. 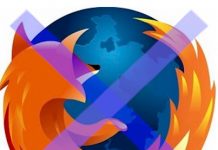 Lose Firefox. But if you must keep it, don’t do web searches with it and they’ll go broke.

Socialist or fascist? OK, don’t take my word for it. 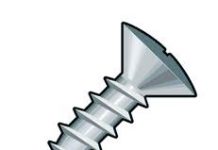 SHAFTED: Staff of Government Games get the shaft on bonuses, now that games are over