The American Medical Association claimed in an April 4 editorial that,

“The shift in the planet’s climate is affecting the health of patients — and physicians are starting to see the results.”

So let’s see how the AMA backs up that assertion.

The AMA says that Florida is an “apt setting” for observing the health consequences of climate change because:

“… it is particularly sensitive to climate change. Rising air and water temperatures and rising ocean levels since the late 1960s have increased the severity of weather, including hurricanes and droughts, and the production of ground-level ozone.

“Using three independent sources of temperature, linear trends in the Florida coastal zone are shown to vary widely between and within datasets. The average and standard deviation of N = 38 independent stations/ areas is +0.2 6 0.9 [degrees] C/century, and for the N = 4 ensemble anomalies from the 1951–1980 norm it is +0.4 6 0.3 [degrees] C/century. In either case, these independent data, using two separate analytic approaches, show no statistically significant warming or cooling of [air and sea] temperatures around the Florida’s coastal zone at the 95% CI (i.e. the null hypothesis — no change — cannot be rejected).

So if weather severity in Florida has increased since 1960, that phenomenon would seem to have little to do with air and sea temperatures, since they haven’t changed very much if at all. BTW, ground-level ozone in Florida has been declining, according to EPA data (Note: You’ll need to click on the Florida link to get the graphs).

The AMA then asserts:

“That [climate change] means more asthma and respiratory illnesses, more heat stroke and exhaustion, and exacerbation of chronic conditions such as heart disease. Florida’s large elderly population makes it even more vulnerable to climate change. In the last two years, the Florida Keys have seen a tropical disease rarely apparent in residents of the United States — dengue fever.”

Since Florida and air and water temps have not changed significantly, they obviously can’t be responsible for respiratory and cardiovascular disease. The comment about the elderly is farcical, since warmer temps is why many migrate to Florida in the first place. So what about dengue fever?

The CDC reported in May 2010 about an outbreak of dengue in Key West, FL. It would seem clear from the CDC write-up that the culprit wasn’t climate change; more likely it was mosquito-spraying change.

From 1946 to 1980 — the heyday of DDT and other pesticide spraying — no cases of dengue were reported in the U.S. The disease returned in the post-DDT era, first along the Texas-Mexico border.

In response to the outbreak of dengue in Key West, the Florida Keys Mosquito Control District stepped up the frequency of truck and aerial spraying and went door-to-door to eliminate mosquito breeding sites.

It should also be noted that the mosquito vectors for dengue are endemic to southern states. As the CDC noted in December 1999,

“Local transmission of dengue was last documented in Florida in 1934 (7). Although no local transmission of dengue was detected in Florida during this investigation [of at 1997-1998 outbreak], many southern states may be at risk for transmission; dengue transmission has been detected in Texas. Two mosquito vectors (Aedes aegypti and Ae albopictus) are widely distributed in Florida, and many infected travelers return from areas where dengue is endemic and the resident population has essentially no immunity to dengue virus. Autochthonous transmission may result from importation of viremic cases to counties with Ae aegypti or Ae albopictus. This possibility should especially be considered if cases are reported from such localities over several years and if case-patients from these localities report travel to a country where dengue is endemic.”

So the rise of dengue is likely to have more to do with people bringing the disease to extant, local and uncontrolled mosquito populations — as opposed to non-existent warming. If any of this information occurred to the AMA, it chose not to inform its readers.

The AMA wild claim machine then lurched to Maine:

Maine… is seeing similar trends in terms of climate affecting chronic conditions, although instead of injuries from hurricanes, it’s expected to have a rising rate of heart attacks and problems related to extreme snow, ice and cold. Climate change produces weather extremes on both ends of the temperature spectrum. In Maine, that’s being seen in a marked increase of Lyme disease. It has risen tenfold in 10 years, particularly in the central and northern parts of the state, which had not seen the disease until recently.”

But sadly for the AMA’s claims, Maine hasn’t experienced any significant change in temperature either. For both Portland and Caribou, “no change” is well-within the 95% confidence intervals for long-term temperature trends.

As to Lyme disease, folks in not-too-far-off Connecticut seem to think that the increase is due to over-abundant deer (and, hence deer ticks) — another problem caused by the soft-headed among us.

The AMA then summarizes its arguments as follows:

“The examples of Florida and Maine show how vector-borne diseases are spreading because of climate change. In Florida, changes in migration patterns and temperatures allow for dengue-infected mosquitoes to circulate. In Maine, warmer and shorter winters mean that deer ticks die off in smaller numbers, which means more will breed and advance farther north.”

Except that, in Florida, it’s dengue-infected people, not mosquitos, that migrate. And in Maine, more deer mean more deer ticks. BTW, deer ticks don’t die in the winter, although they won’t feed if it’s too cold.

Historically impervious to embarrassment, the AMA adds that,

“Patients are sicker or developing new conditions as a result of changes in the weather.”

Of course, even Al Gore acknowledges (at least when it suits him) that weather is not climate.

Now that Aflac has fired comedian Gilbert Gottfried, the former voice of its famous duck mascot, maybe Aflac can hire the AMA. Auditions are underway now.

Put Up Or Shut Up. 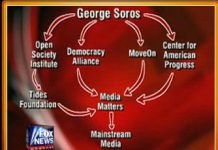 Liberals LOVE science, as long as a liberal GOV is paying for it. Then it’s real expert ‘n science-y.