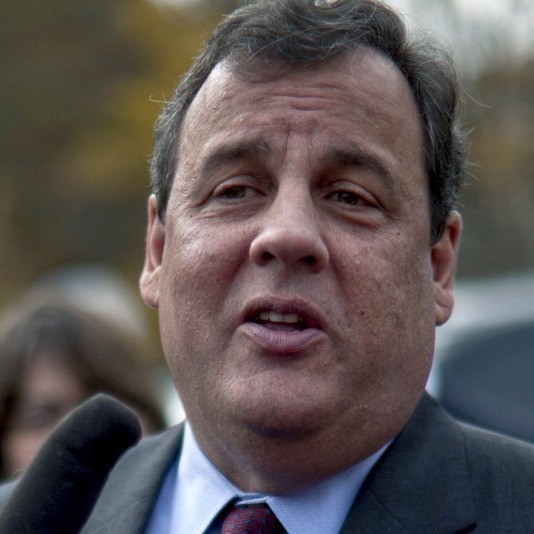 If this is your first week following the news, you could be forgiven for believing America’s biggest problem is that pylons were placed with extreme prejudice on a New Jersey bridge last September.

The closing of the George Washington Bridge by members of Gov. Chris Christie’s staff, apparently as payback for the denial of an endorsement by the local mayor, has reached the level of national scandal for two reasons: Christie is a formidable presidential contender, and he is a Republican.

Many have pointed out that the media have devoted more time to this regional dust-up involving a potential president than to the weaponization of the IRS by the man who actually is president, Barack Obama.

That’s fair enough. The United States possesses the most oppressive and rapacious tax authority in the world, and siccing it on political foes is unworthy of a leader. But these issues are merely symptomatic of the real problem.

Indeed, both stories – the IRS debacle and bridge imbroglio – have some bearing on what truly ails America. Sages from Aleksandr Solzhenitsyn to Mark Steyn have warned of the peril posed by faceless bureaucrats whom you don’t know, didn’t vote for, and against whom you have no recourse, possessed with tremendous power to screw with your life.

And whether you find yourself in the throes of a thorough audit, or unable to speak your mind or practice your religion for fear of crippling costs and possible imprisonment, or simply stuck in traffic for hours because some politico wanted to teach someone a lesson, you are experiencing a manifestation of America’s greatest problem: the loss of personal freedom.

This is a systemic, cultural crisis, with incidental relevance to particular politicians.

Christie is the wrong man to lead America not because members of his staff engaged in petty revenge tactics, with or without his knowledge. Rather, Christie is poorly cast as Leader of the Free World because he demonstrably does not believe in individual freedom.

Moreover, he announces his antipathy to personal sovereignty with bluster and swagger, as though it were absurd to dispute that ubiquitous security and total surveillance are crucial to our liberty.

Christie is of that breed of benighted Republicans who may not agree with what you say, but will defend to the death the National Security Agency’s right to monitor it. Such politicians, who purport to represent the party of personal freedom and responsibility, really ought to know better.

Likewise, Obama campaigned for the presidency promising to restore civil liberties and undo the national security excesses of his predecessor. Instead, he has exacerbated these issues and taken government intrusion upon private life in bold, new directions.

The loss of personal freedom spans every aspect of modern existence, from doing business, to getting around, to behavior in your own home. If individuals are not free to strive and speak and move about as they wish, what is America, really? A continental land mass with a large consumer market?

How long is that sustainable? Josef Schumpeter called capitalism incomprehensible without an understanding of the role of the entrepreneur. The concept of entrepreneurship is not confined to commerce; it means a person making a different choice, doing things his own way, and bearing responsibility for the outcome. A “free society” in which everything is legislated, regulated and overseen is likewise incomprehensible, and anathema to freedom.

Modern Americans are living off the last sparks of other people’s ideas. If the Bill of Rights were written today, is there any chance it would codify individual liberty through negative licenses (that is, things the government may not do to you)? Or, more likely, would it mandate the wants and entitlements of a soft people who wouldn’t know what to do with freedom if they found it?

Johann Wolfgang von Goethe wrote of this when he gave the Sturm und Drang movement its first novel hero in the person of Young Werther: “Most people spend the greatest part of their time working in order to live, and what little freedom remains so fills them with fear that they seek out any and every means to be rid of it.”

Goethe refined this notion in later years, writing in his oft-quoted Elective Affinities: “None are more hopelessly enslaved than those who falsely believe they are free.”

When I hear Americans bang on about how free they are, I genuinely wonder what their frame of reference might be. That is, do they mean they enjoy greater liberty than, say, Saudi Arabians or North Koreans? Well, super, but was oppression of that type ever on the table?

Compare the United States to other English-speaking, developed nations, and its reflexive boast of “freedom” is exposed as utter rhubarb. For example, Americans are more likely to be imprisoned, dispossessed, or killed by their own government than citizens of most any country it is their tic to disdain.

Many Americans have no clue how other nations do things, yet insist their way is better. Even lacking a frame of reference, free countries’ cops don’t roll through cities like they’re re-taking Fallujah, their tax departments do not pursue citizens around the globe, passengers at their airports are not prodded and probed like super-max inmates, and their governments do not monitor and store all their electronic communications.

The U.S. Department of Education has its own militarized wing. For that matter, so does most every government agency. Having banished the concept of an innocent misunderstanding, and since they have all the jazzy equipment anyway, their default position is to stick a gun in your face, lock you up, and confiscate your property, if not shoot you on the spot.

This column would rather light a candle than curse the darkness. Herewith, therefore, are a half-dozen suggestions to get us off that road to serfdom, and back on the narrow path to freedom:

People often lament a lack of bipartisanship and comity in politics. This is an opportunity to achieve just that. Liberty-minded citizens on the Left and Right have agreed on a number of these issues (the NSA, for example), and the pressing need for a re-birth of freedom surpasses other political differences.

This needs to be the defining issue of our national discourse. As we head into midterm elections this November and choose a new president in 2016, what difference does it make (to borrow a phrase) if corporate tax rates are 35 percent or 25 percent if Americans are not free to pursue happiness in the manner of their choosing, to go confidently in the direction of their dreams?

America has been described as the last, best hope of Earth. If that is true, if it is even close to being true, we owe it to the world, and to the generations who bequeathed us our freedom, to right our course and restore our liberty.