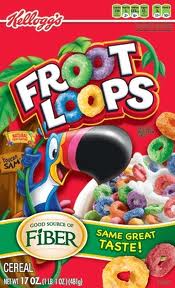 What a bad joke nearly all of these increasingly left-wing-tinged “rights” organizations have become. I blame Barack Obama for serving the Kool Aid which so many now consume.

Like the idiocy that PETA has sadly become, Amnesty International is still a tax-receipt-issuing charity supported by apparently foolish individuals who have apparently lost any reasonable perspective of the world, and have too much cash.

At least I can say that these groups aren’t funded by whole nations, like the left’s United Nations division.

I suggest these erstwhile do-gooders who blow their cash on funding lunatic organizations like AI find a more worthy charity. Like one which monitors breakfast cereals for crunchiness.

OTTAWA—Canada’s failure to arrest former U.S. president George W. Bush during a visit to B.C. is cited by Amnesty International in its annual report on human rights atrocities around the globe.

Among the cases mentioned is Canada’s failure last fall to arrest Bush when he visited British Columbia, “despite clear evidence that he was responsible for crimes under international law, including torture.” Amnesty had campaigned for Canada to arrest and prosecute the former president.

The demand for Bush’s arrest “was certainly not a frivolous action on our part,” Tackaberry said in an interview Wednesday.

“It’s imperative that when there are serious human rights violations that individuals be held to account,” he added.

At the time of Bush’s visit last October, Amnesty maintained the former president authorized the use of torture against detainees at the Guantanamo Bay naval base, in Afghanistan and Iraq as the U.S. pursued its war on terror following the Sept. 11, 2001, terrorist attacks on New York and Washington.

Meanwhile, here’s an assessment by a former Amnesty International (USA) board member, from SourceWatch:

Prof. Francis A. Boyle (Professor of International Law, Univ. of Illinois, Champaign) from an interview with Dennis Bernstein:

“Amnesty International is primarily motivated not by human rights but by publicity. Second comes money. Third comes getting more members. Fourth, internal turf battles. And then finally, human rights, genuine human rights concerns. To be sure, if you are dealing with a human rights situation in a country that is at odds with the United States or Britain, it gets an awful lot of attention, resources, man and womanpower, publicity, you name it, they can throw whatever they want at that…”

Did he not know that about AI before going in? Some people seem to pour Kool Aid on their Fruit Loops for breakfast each morning.