On the final Saturday evening of the London Olympics, NBC presented Tom Brokaw’s tribute to Britain, “Their Finest Hour.” This no doubt irritated many viewers, as they scrambled for alternative channels to watch their favourite events.

But NBC made the right decision to bring viewers, with faded or little memory of the past, some history of our tormented world in which the Olympics is hosted.

The previous occasion when London played host to the Summer Olympics was in 1948, and stench from the war that ended in 1945 was still in the air across Britain and the rest of Europe. Twelve years earlier, Hitler’s Berlin held the Summer Games, and then the next two were cancelled due to the war he unleashed upon the world.

Brokaw’s tribute was also a timely reminder of how precarious the world has become since 9/11, and the rise of the Arab-Muslim version of fascist or totalitarian politics — the Muslim Brotherhood and its Islamist offshoots — has been in many ways similar to what occurred in Europe between the two world wars.

Britain stood alone with her dominions (Australia, Canada, New Zealand) and overseas empire (India) in defence of freedom for the next 21 months until Hitler broke his pact with Stalin.

During this period across the Eurasian landmass — from the shores of the Pacific to the Atlantic — totalitarian powers ruled aggressively, and only Britain as a beleaguered island stood in their way while at a distance an isolationist America watched.

Britain could have negotiated a truce with Nazi Germany and avoided the horrors of the Luftwaffe bombings that began in the summer of 1940.

A beaten France surrendered under the leadership of Marshal Philippe Petain, a revered national hero from the First World War, at the head of the collaborationist Vichy government.

But prime minister Winston Churchill had defied his party during the years of appeasement and warned people about Hitler’s racist-expansionist ideology. Churchill knew what was at stake, and though Britain was threatened by Hitler with an invasion in the summer of 1940, he was unwilling to go down in history as Petain did — in ignominy.

In 1984, Brokaw covered the 40th anniversary commemoration of the Allied landing in Normandy, France. He later wrote in his bestseller, The Greatest Generation (1998), “What I was not prepared for was how this experience would affect me emotionally.”

“Their Finest Hour” was, a grateful Brokaw narrates, when Britain stood alone against the might of Nazi Germany. If not for Britain the story of Europe, and the rest of the world, would have turned out differently.

The NBC decision to break from Olympics revelry and let Brokaw remind viewers of what has gone before was a small demonstration of some courage. This is because people in the West have been lulled into the false belief that the freedom, democracy and peace they enjoy can be everlasting and maintained without any cost.

Such falsehood enables gutless politicians in the West, willfully unmindful of history, to repeat the folly of appeasing enemies of freedom. 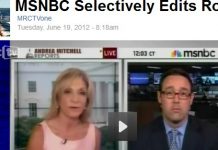