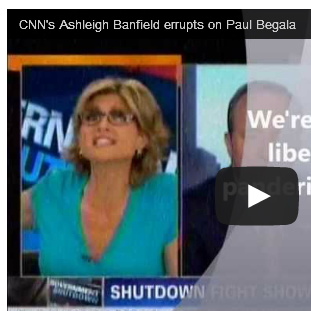 When this narrative begins to collapse, the liberals and their media freak out. That’s the reality.

Just as she did yesterday, (see this video), the apparently very confused, and befuddled, and therefore very frustrated liberal advocate and CNN anchor Ashleigh Banfield erupted today while trying to sort out something that is obviously not working out exactly as planned. The liberal media is trying so hard it’s patently obvious.

Banfield got called-out for doing the Obamacult’s bidding, yesterday, so here, she lashes out in frustration at her having to pretend to be an objective journalist. If the liberal media had been honest brokers all along, this kind of embarrassment could be avoided.