You can’t imagine the thunderous LOL that emanated from my office last Saturday when I opened my copy of the April 11th issue of The Nation. Yes, you read that right — The Nation, that long-time voice of American comrade-ism.

Casually flipping through the pages looking for some environment-related screed with which to have some good ol’ JunkScience.com fun, I came upon a full-page ad for — get this — The Nation‘s 14th Annual Seminar Cruise to the Caribbean (December 11-18, 2011) with stops in Grand Turk, San Juan and St. Maarten. (How did I miss the previous 13 cruises and who knew that you could plot against the free world and enjoy all-you-can-eat steamship round at the same time?!)

Anyway, just two days earlier, The Nation ran an online article entitled “Six Ways to Green Your Spring Break,” in which readers were advised to:

“Take a “staycation.” Staying at home instead of traveling can be a really inexpensive and relaxing way to enjoy your time off. In fact, it’s probably the “greenest” travel option there is. It will save you money, make less of an environmental impact, and allow you to explore your immediate surroundings.”

But since the crusin’ comrades have already opted for shuffleboarding in the Caribbean over staycationing, they’ll need to get to the port of departure (Ft. Lauderdale) somehow. The Nation gives cruisers the choice of making their own air arrangements or working with the cruise lines’ travel agent. Unfortunately, The Nation‘s Six Ways to Green Your Spring Break” advises to:

“Travel green. Your transportation has perhaps the biggest effect on the environment. If you’re flying, try to avoid flying at night. The contrails of a plane at night have a bigger impact on global warming than those left in the day. As an alternative to flying, you can also take a train overnight while you sleep, carpool, or take a road trip with a rented hybrid car.”

Yet somehow I doubt that The Nation‘s child-of-privilege publisher, Katrina vanden Huevel, will be road-tripping in a rented hybrid from her tony Upper West Side digs down to sunny south Florida.

The next item in the advertisement for the cruise that caught my attention was the speakers list, which included that allegedly green and self-proclaimed red himself, Van Jones. This won’t be a maiden voyage for Jones, however, as he previously sailed (or, more accurately, “diesel-engined”) on a tony National Geographic-sponsored “climate change cruise” with eBay billionaire Meg Whitman and Jimmy Carter. More on cruising and global warming in a moment.

Surfing over to the cruise’s web site (NationCruise.com), I learned that while members of the lowly proletariat could cruise with Katrina and Van in a 185 sq. ft cabin for as little as $1,836 per prole, wealthy wanna-be Bolsheviks could reserve 563 sq. ft cabins for a mere $5,418 per elite. Très égalitaire!

This must be what Van Jones was talking about in his June 2010 address to the Commonwealth Club of California:

“The time has come to move beyond eco-elitism to eco-populism.”

But enough of the cheap shots, lets get down to (hopefully biodegradable) brass tacks.

How could The Nation‘s usually green-flacking editors not realize the already-pronounced green verdict on cruises as exemplified by this recent media release from a UK eco-travel agency that asked in the headline,

“ARE YOU SAILING AWAY INTO THE SUNSET FROM THE IMPACT OF YOUR CARBON FOOTPRINT?”

The first sentence was even better:

“One of the lesser known facts about the cruise industry is that your average cruise holiday is one of the most environmentally damaging types of holiday you take.”

“According to Climate Care, a ship such as Queen Mary 2 emits 0.43kg of CO2 per passenger mile which means that compared with 0.257kg for a long-haul flight cruising has a long way to go to improve its environmental reputation. CO2 is not the only issue. According to the United Nations Environment Programme Division of Technology, Industry, and Economics — per week a cruise ship generates more than:

So it’s probably safe to say that the waiter serving former Obama green jobs czar Van Jones his champagne cocktail won’t be counted as having a “green job.”

NationCruise.com was good enough to inform me that the cruise ship will be Holland Lines’ brand-spankin’ new ms Nieuw Amsterdam IV:

As the Nieuw Amsterdam IV is described by Cruise-Australia.net,

“Although she is 86,700-ton, amazingly she will only accommodate 2,106-guests in the ultimate of five star luxuries! Thus, although this magnificent new ship is large enough to offer a vast range of diverse amenities she will carry far fewer guests than all other ships of her size, because Holland America Line believes in the following principle when they designed their latest ship … “This is a refined ship and it is adorned with fine art and antiques, however, personal space is still the greatest luxury of all.” [Emphasis added]

Nevermind The Nation‘s hostility toward space as a luxury of the despised “upper class”:

“Living space, unless one belongs to that tiny percentage called the upper class, is shrinking as the human population continues to grow.”

“… we need a new national energy policy—a comprehensive plan for escaping our dangerous reliance on fossil fuels and creating a new energy system based on climate-safe alternatives.”

Yet the Nieuw Amsterdam IV is powered by six 16-cylinder diesel generators producing 64 megawatts of power. As each cylinder of these engines burns about 2.8 tons of fuel per day, daily fuel consumption is 268.8 tons, or 1,881 tons per week.

The Nation and environmentalists like to talk about “taking cars off the road” to reduce carbon emissions. But if you do the math, its cruise will be like adding more than 31,000 SUVs on the road for the week. That would be about 16 SUVs per passenger.

Given that Van Jones travels the country preaching the merits of wind power, you think he would shun diesel-powered, carbon-spewing ships in favor of some sort of sailing ship.

“A study released by the EPA in September 2002 concluded that diesel fuel is “a chronic respiratory hazard” and “likely to be carcinogenic to humans by inhalation.” In an ongoing study conducted by the Harlem Hospital Center and Harlem Children’s Zone, startled researchers have found that 28 percent of the kids tested in Harlem suffer from asthma, one of the highest rates ever documented. (Though not believed to cause asthma, diesel fuel’s fine particles irritate lungs and trigger asthma attacks.)”

I guess it’s a good thing that none of those poor kids from Harlem will be exposed to the smokestack emissions from the Nieuw Amsterdam‘s diesel generators.

Knowing that the greens take a dim view of these floating all-you-can-eat buffets, further searching produced a Friends of the Earth-authored “2010 CRUISE SHIP ENVIRONMENTAL REPORT CARD“, which included a report card for the ms Nieuw Amsterdam IV‘s predecessor, the Nieuw Amsterdam III. Sadly, the FoE didn’t conclude that the luxury liner was exactly ship-shape environmental-wise.

Although the Nieuw Amsterdam III earned an “A” in “air pollution reduction,” it only earned an overall grade of a “C-” because of its “F” in “sewage treatment.” Yuck. Riddle: What will the cruisin’ comrades and the sharks trailing the ship have in common? Answer: Both will have be exposed to a loads of you-know-what!

When The Nation covered the 2008 Beijing Olympics, it was none too happy with the China’s sailing venue:

“… the green water is like an underarm sweat stain on someone trying to act cool: it reveals that untreated sewage is being dumped into rivers and coastal waters also polluted by contaminated run-off from farms and factories…”

Now maybe the Nieuw Amsterdam IV won’t be like its sewage treatment-failing predecessor, but then again maybe it’s just another “underarm sweat stain,” so to speak.

Last month, The Nation published a video entitled, “Why Cheap Energy Is a Bad Thing.” But there wasn’t a word in the video about the real problem with cheap energy — it allows self-considered greens to expose their fluorescent hypocrisy.

My 2009 book “Green Hell: How Environmentalists Plan to Control Your Life and What You Can Do to Stop Them” spotlighted that,

Yet The Nation‘s cruise evidences that,

“Red is definitely NOT the new green.” 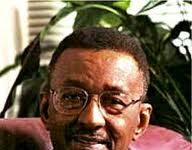 Who you calling a racist, racist?