Home Bold Blog “Those who dare to teach, must never cease to learn” 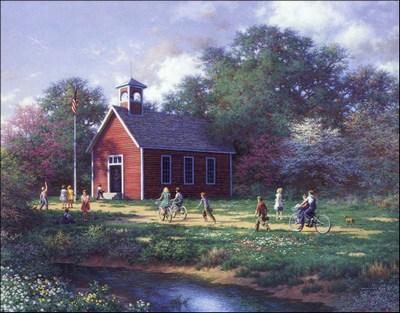 [dropcap]S[/dropcap]ocrates wrote my headline and I dared to use it because others could learn from it.

I mentioned in another article that Globe & Mail (that’s in Canada) op-ed writers Derek H. Burney and Fen Osler Hampson were about to be on the receiving end of my latest didactic — simply on the basis that it was written by what I presumed (wrongly as it turned out) were more of those “Trump will never win” herd members. My prescription in that article was to fire all those hacks, simply because they obviously have utterly no idea what they’re talking about.

As I mentioned in the other article, I let these two off the hook, a little, because they were among the 14 other people in the world who cast aside all the mocking and pointing and laughter from their ever so learned associates, and predicted a Trump win — back in May 2016. “Brace yourselves: Trump is going to win” was their Globe & Mail op-ed headline. Amazing. Congrats. To be a Hillary Clinton “denier” at that newspaper is quite a heroic venture.

But with those niceties out of the way, let me go at ’em, if gently. Their December 8, 2016 op-ed included this line:

Mr. Kissinger, a long-standing friend of the president-elect, met with Mr. Trump shortly after the Nov. 8 election. This speaks volumes about the new direction U.S. foreign policy will take.

There’s a good chance their previously demonstrated prescience could still be intact. But I think they lost it.

It’s like they were skipping class and not watching the media’s weeks-long, post-election Trump Tower Elevator-Cam, in which the CNN and MSNBC reporters and “experts” presumed to educate us, lecture us, and chin-wag about the various players entering and exiting the elevators, and then professorially pronouncing their smug prognostications — despite having proven themselves to be ill-equipped to prognosticate about Donald Trump or politics generally. Those media hacks didn’t learn their lesson at all whatsoever. But at least we could watch and learn with the volume turned down.

So they missed all that? That’s lousy research! They also wrote their assignment with faulty reasoning to back it up:

Mr. Trump clearly does not understand the importance of calibrating economic diplomacy with the United States’ broader strategic and security interests.

I think he understands all of that just fine, and what he has done so far proves that more than disproves it. But it kind of depends on your view and whether you’re willing to learn new ways of doing things. I got over the “new math,” and I’m sure other people can too. (Certainly not the Common Core math of the new progressive-age idiocy though).

But they seem to be stuck on their math, poorly conceived as it was:

Mr. Kissinger’s new student clearly still has much to learn about the finer points of realpolitik and the importance of deft, not unconventional, diplomacy.

But that’s illogical if not plain silly. “[T]he finer points of realpolitik and the importance of deft … diplomacy” is not incongruous with “unconventional.”  “Conventional” is what got us here. And “here” is this dreadful mess — all over the world and at home. Trump didn’t create this mess. Clinton and Obama and “conventional” did.

Not talking to the Taiwanese president on the ever-so sound scientific (but “conventional”) basis of “because that’s not what we do” — is what got us here. Signing crazy trade deals and even worse deals literally allowing Iran to build nuclear bombs, and paying them billions in unmarked bills to do it; and ignoring nuclear weapons currently being built by the socialist nutbars ruling over North Korea, etc. — is what got us here. If that’s “conventional,” I want none of it.

Or is it that Clinton and Obama knew just what they were doing, and we’re exactly where we want to be now? And that the 709th murder this year in Chicago– up almost 50% this year — and now more than in Iraq or Afghanistan — is exactly what the finer point or smart-take is these days?

Do we need to invoke the truly erudite Einstein quote about doing the same thing over and over again and expecting a different result?

It’s Al Gore and Rahm Emanuel and Hillary Clinton and Barack Obama and most every Democrat and virtually every single person in the liberal mainstream media who are the students needing to learn a thing or two — from Donald Trump. 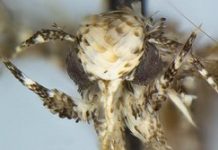