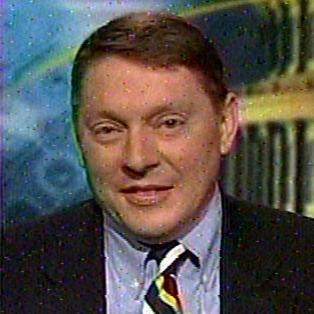 Which do you find more shocking: that the Environmental Protection Agency conducts experiments on humans that its own risk assessments would deem potentially lethal, or that it hides the results of those experiments from Congress and the public because they debunk those very same risk assessments?

JunkScience.com recently obtained through the Freedom of Information Act the results of tests conducted on 41 people who were exposed by EPA researchers to high levels of airborne fine particulate matter – soot and dust known as PM2.5.

If we are to believe the congressional testimony of EPA Administrator Lisa P. Jackson, these experiments risked the lives of these 41 people, at least one of whom was already suffering from heart problems.

Ms. Jackson testified in September before the House Energy and Commerce Committee, “Particulate matter causes premature death. It doesn’t make you sick. It’s directly causal to dying sooner than you should.” Just to clarify what Ms. Jackson meant by “sooner than you should,” deaths allegedly caused by PM2.5 are supposed to occur within a day or so of exposure.

Got that? Airborne dust and soot don’t make you sick, they just kill you – virtually upon exposure.

Underscoring this notion are the EPA’s two most recent rules affecting coal-fired power plants, the Cross-State Air Pollution Rule and the Mercury and Air Toxics Standard, which the EPA claims will prevent tens of thousands of premature deaths per year by reducing PM2.5 emissions.

Further underscoring the EPA’s view that PM2.5 kills is more of Ms. Jackson’s congressional testimony. At the September hearing, Rep. Edward J. Markey, Massachusetts Democrat, asked Ms. Jackson, “How would you compare [the benefits of reducing airborne PM2.5] to the fight against cancer?” Ms. Jackson said, “Yeah, I was briefed not long ago. If we could reduce particulate matter to healthy levels, it would have the same impact as finding a cure for cancer in our country.” Mr. Markey asked her to repeat what she had said. Ms. Jackson responded, “Yes, sir. If we could reduce particulate matter to levels that are healthy, we would have an identical impact to finding a cure for cancer.”

Given that cancer kills about 570,000 Americans per year, according to the American Cancer Society, the EPA’s claim amounts to PM2.5 being responsible for roughly 25 percent of all deaths in the U.S. annually.

In support of this belief, the EPA has been issuing rules since 1997 to reduce PM2.5 in ambient air, including the Cross-State Air Pollution Rule and Mercury and Air Toxics Standard, which will cost coal-fired electric utilities and their consumers more than $10 billion per year to implement.

The EPA takes the position that PM2.5 is so dangerous that it needs to set exceedingly stringent regulatory standards. The EPA’s PM2.5 air-quality standards are violated when PM2.5 levels exceed 35 micrograms per cubic meter in ambient air during a 24-hour period, or when they exceed 15 micrograms per cubic meter on average over the course of a year – and the EPA is looking to further tighten these standards in 2013.

Returning to the agency’s human experimentation, how much PM2.5 did the study subjects inhale in the name of EPA science? One subject was exposed to 750 micrograms of PM2.5 per cubic meter, or more than 21 times the EPA’s 24-hour standard. Seven subjects were exposed to levels 10 times greater than the 24-hour standard. No study subject was exposed to less than 35 micrograms per cubic meter. Remember, Ms. Jackson said PM2.5 doesn’t make you sick. It just kills you – quickly.

Although PM2.5 is allegedly so deadly, the experiments were stopped in only two cases. One was a 58-year old woman, who EPA experimented on despite her personal medical history of Stage 1 hypertension, premature atrial contractions, osteoarthritis, gall bladder removal and a family history of heart disease (her father had a fatal heart attack at age 57). Her experiment was stopped when she experienced atrial fibrillation. In the other case, the woman experienced no clinical effects, but the EPA nevertheless stopped her experiment after researchers detected a momentary increase in heart rate.

EPA particulate matter assertions notwithstanding, PM2.5 killed none of the study subjects, and the two experiments that were stopped can likely be explained by causes other than PM2.5.

You might think that the EPA would have shared these “surprising” results with the public and Congress, particularly as they seem to contradict the agency’s claims about the lethality of PM2.5. But you would be wrong.

The EPA human experiments were conducted from January 2010 to June 2011, ending more than three months before Ms. Jackson’s congressional testimony, which contained no mention of these results – just dramatic claims of PM2.5′s lethality.

EPA researchers who conducted the experiments published the case study of the 58-year woman in the government journal Environmental Health Perspectives in which they casually disregard the woman’s pre-existing health conditions and blame her atrial fibrillation on PM2.5. They also failed to disclose the existence – let alone the results – of the other 40 experiments.

The researchers’ conduct is also unethical given that the results of the other experiments – two-thirds of which involved higher PM2.5 levels – contradict their conclusions about the 58-year old woman.

What about the agency’s conduct? The EPA’s long-established view is that PM2.5 is ultrahazardous, yet it exposed humans to very high and potentially near-instantly lethal levels of a deadly pollutant. In light of the EPA’s own safety standard, how far is the agency’s conduct from the horrific experiments conducted by the Nazi concentration camp doctor Josef Mengele and the Tuskegee syphilis experiments? What should we make of the agency hiding its results from the public and Congress?

It seems that the only way out for the EPA is to acknowledge the reality that, in fact, PM2.5 is not so bad for you after all.