For years, I’ve been writing about the issue of censorship on our nation’s campuses. But I have given far too little emphasis to due process violations within the so-called campus judiciary. Today, that all comes to an end. This will be the beginning of a series of columns highlighting the worst colleges in America when it comes to due process violations. I will reveal the name of this week’s winner after explaining why this university is being ushered into the due process Hall of Shame.

In 2005, a professor was brought up on charges of quid pro quo sexual harassment. Specifically, he was accused of giving a student an A in exchange for dancing with the professor in a sexually provocative way. There was only one problem with the charge: it wasn’t true.

One set of university documents (the transcripts) revealed no A was given. The university convicted the professor anyway even after it was clear that another set of documents (the official harassment accusations) had been doctored in order to sustain the charge.

I wrote about the incident and the university soon realized the campus speech code (as applied) was illegal. So, rather than dropping the charges, they doctored university documents in order to remove any evidence that the charges against the fraternity were related to the speech code. They then inserted new allegations and convicted them under those. The fraternity was then punished with suspension from intramural sports competition for “taunting” rather than “hate speech” as originally charged.

In 2011, a professor was accused of sexual harassment and sought out legal counsel to defend him. During cross-examination by his attorney, the female accuser claimed not to have made two statements included in the official charges. In other words, the university helped the accuser by padding the charges without even bothering to tell her.

The accused was eventually dismissed from the university. Those tampering with the evidence were never identified and disciplined.

In 2012, police responded to an off campus alcohol-related incident involving a campus social organization. The police left shortly after arriving and no charges or arrests were even contemplated by police. Nonetheless, officers of the student organization were brought in to the Dean’s Office for interrogation. Since they were being asked about behaviors that were minor violations of the criminal law, they asked to have legal counsel present. Their request was denied.

Recently, I had a chance to hear the tape recorded interrogation of the student officers. University officials repeatedly denied their requests for counsel and asked them to turn off the tape recorder. By the end of the investigation, the university had prepared three different reports on the incident. The facts in report #3 bore no resemblance to the facts in report #1. Each time the university realized its charges were incorrect they simply constructed a new version of events. Decent people would have dropped the charges once they realized they were wrong. But this is not the way things are done at Evidence Tampering U. The charges are still pending and the fate of the student organization is still hanging in the air.

Again in 2012, a professor appealed a sexual harassment charge (anyone seeing a pattern here?) and was exonerated on charges of inappropriately touching a student. Finally, there is some good news at Evidence Tampering U, right? Wrong. I’m not finished.

This is all very important because the way universities administer justice affects the way students view justice. At Evidence Tampering U., justice is not a process. It is a result. The ends justify the means. It is the same mentality that justifies stealing elections. And it is not the way we educate young people. It is the way that a constitutional republic eventually turns into a banana republic.

Unfortunately, it is the way things are done at The University of North Carolina at Wilmington, our inaugural inductees into the Due Process Hall of Shame. Their liberal administrators make providing a liberal education damned near impossible. It may seem ironic. But that’s what the evidence reveals.

In the next installment, we will learn about the role the Obama Department of Education has played in the erosion of campus due process. Students aren’t biting the hand that feeds them. They just re-elected the hand that is slapping them. 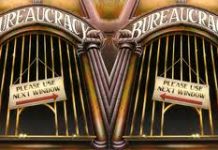