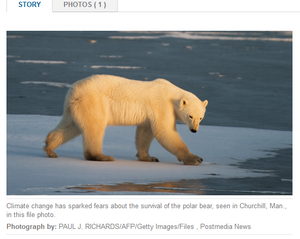 As posted at ProudToBeCanadian.ca and JoelJohannesen.com, for a Canadian audience. But it speaks equally well to Americans.

In today’s news across Canada, we find that there are sensible Canadians responding to the left-wing progressive-advocating media’s advocacy — in the papers’ own comments sections! It’s what makes Wednesdays tolerable for me. Well that and Bill O’Reilly & Dennis Miller’s segment on Fox News Channel’s O’Reilly Factor.

(My two examples of sanity will be separated into two blog entries, because I made a promise to myself to try to limit the word-count in my blog entries to something less than Biblical proportions. So here’s the other one.)

This is what makes the internet so pernicious to the Left. I can only imagine how annoying left-wing media must find this. I mean the Left, what with their mobs and their hysterically hypocritical betrayals of their supposed liberal-left “inclusiveness” and “tolerance” and their grand allusions to their “intelligence,” can and do shout down or physically block perfectly normal, good conservatives or “right-wingers” at events in confined communities, as they did Ann Coulter and Dick Cheney and others when they have visited Canada (and then not report any of it, at least not fairly).

But preventing sensible voices from presenting their good, common sense and not-at-all socialist values on the internet can be tricky for a supposedly fair and balanced and objective news organization. I mean stuff leaks out all over the place against their will, in places like blogs, and Twitter, and Facebook, and on TV like Sun News Network in Canada, Fox News Channel, and on Rush Limbaugh’s fantastic radio show (9 AM-noon PT). So they’re forced to allow open reader comments just to maintain their pretense of openness, and to keep up with the Joneses (or the Wall Street Journals), to increase business (damn that capitalism! Why can’t we all be like the state-owned CBC?!).

No fair! People wreck their whole narrative sometimes. Media-driven narratives are expensive, and Joe Blow being allowed to contradict them just willy-nilly can spell doom for them. We see this all over the liberal news media industrial complex (snarf!), wherein the jig is up, and the power of the liberal media over the electorate is failing. They have failed in doing their jobs, and so many of them are going out of business. Just to end any confusion: this is a good thing.

So for my part in this destruction, here is a good example of narrative-busting. This is for those of you interested in helping regain control of the proper, fact-based narrative, and actually building our nation again instead of allowing it to sink deeper into the progressive morass.

First of all, let me set this up for folks in not-Vancouver: The Vancouver Sun’s coverage of the daily news, like most or all of the Canadian media’s, seems to start with the premise: “Let’s see what we can present today to advance political progressivism and socialism as a general matter.”

Then they carefully allow a tiny bit of space for just a couple of non-progressive voices and non-full-on socialists, to pretend they’re actually not progressives or full-on socialists, but really just fair-minded and ever so objective and balanced and so earnest and full of common sense. It’s sort of like they do on the Jon Stewart show, only it’s even less funny.

Oh hang on — this article is in fact funnier than most Jon Stewart “news” items. Get a load of this tendentious, leading headline, which also serves as an indication that the Vancouver Sun thinks their readers are idiots:

WASHINGTON — The year 2012 signalled more bad news for the state of the Earth’s climate as global land and ocean temperatures continued to rise, accelerating the decline of Arctic summer sea ice, the melting of ice sheets and glaciers, and the raising of sea levels, according to a peer-reviewed scientific report…

…Karl said that over the past 50 years average global temperatures have been increasing consistently at a rate of about 1.5 C per decade…

So many errors in the first paragraph. Temperatures didn’t ‘continue’ to rise because they have indeed stagnated for 16-17 years. And don’t blame the El Nino in 1998 [which they did — see below. — ed] because the IPCC’s models accounted for it, and still failed miserably. The decline of Arctic ice isn’t accelerating – it’s at its greatest extent since 2006, according to Denmark’s Center for Ocean and ICe (http://ocean.dmi.dk/arctic/old_icecover.uk.php). Sea level has been increasing at the same pace since the end of the Little Ice Age centuries ago, paused for a few years recently, and upticked again in line with previous trend.

This one is especially laughable: “Karl said that over the past 50 years average global temperatures have been increasing consistently at a rate of about 1.5 C per decade.”

Really? A 7.5 degree C increase in five decades! Amazing. You should headline with this.

The Sun’s coverage of this issue is truly horrible.

Yes it is, sane Canadian. Yes it is. And you just cost them a zillion dollars in lost, failed, narrative-building. Drinks are on me.

On the Left’s “climate change” meme itself, I always love how progressive, left-wing media like the Vancouver Sun purposely misstate or confuse or obfuscate the facts to suit their worldview, and not just with regard to the stats or the science in general. For example, this “skeptics of climate change” line they always churn out, as used in this paragraph:

“Skeptics of climate change often point out that since a record high global temperature was reached in 1998, temperatures at first decreased, then did not rise as quickly over the next 15 years despite increased greenhouse gas emissions. Scientists note that in 1998 there was a fairly intensive warming from the natural El Nino cycle, followed by a natural La Nina cooling cycle.

For one thing, they present this contra position for the sole purpose of refuting it. But moreover, calling people who aren’t buying their crap “skeptics of climate change” is sort of like calling pro-life people “anti-choice,” or calling them “foes of women’s ‘reproductive health choices'” or “enemies of ‘reproductive rights’,” or accusing them of engaging in a “war on women.” And it’s like branding people who think traditional marriage was just fine the way it was, as “homophobes.” And as we know, if you don’t dig Barack Obama, it’s because you’re a “racist.”

See, there are “skeptics of climate change,” and that includes plenty of scientists, and then there are also skeptics of the larger left-wing meme, which if you remember correctly, the Left started out calling “man-made global warming.” And there are people — including thousands of scientists, who are simply “skeptical” that global warming is in fact “mad-made” — at least to any great extent. It’s a moving scale — there exists no simple line of demarcation between “believers” and “non-believers.” (This is what elitist liberal-left “thinkers” used to call the smart-set’s far more advanced “nuanced thinking,” which, you see, conservatives could never grasp, on account of their being “idiots” and “Neanderthals,” which was their way of showing their great respect for “celebrating the differences” and their love of engaging in “a conversation.”)

We who are among that latter group of “skeptics” note that the climate change alarmists like the Vancouver Sun and its “reporters” on the subject, actually changed the terminology they started with, from “mad-made global warming,” to “climate change,” ever since it became obvious that the science behind their BS theory wasn’t behaving properly, and the “man-made global warming” “scientists” were actually advocating a scam; and when the curtain was pulled back, they were revealed in little-reported news to be scarcely more than socialist political scientists, like the multi-gazzillionaire jet-setting Al Gore and his li’l Canadian sidekick David Suzuki.

But enough of that tangent. The job has been done wrecking that idiotic narrative. I also want to edify you with this bit of sanity from another Joe Blow reader, from another source. This one is written-up in the Globe & Mail, which is no different really — they’re both progressive-advocating liberal media sources. At least this headline isn’t as insulting to its readers (although I’m quite sure if they sided with IKEA with regard to its offer to its unionized employees, like they side with the “man-made global warming” “scientists,” they’d have left out the “company says” part, thereby instructing us as to their version of “facts,” just as the Vancouver Sun tried to do): “Rejected IKEA offer spoke to inefficiencies, company says”.

Sure, the “company says” that. But it’s also irrefutably true! So why include that, as if to imply it’s debatable?

For more on that one, read this other blog entry.