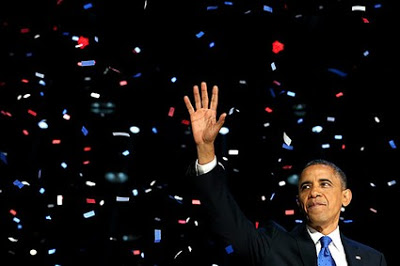 And here I believed that Obamacare, chronic 8 percent unemployment, stagnant economic growth, crippling spending and the potential for more would sink a sitting president. Boy howdy, was I ever wrong. I take small comfort that people far smarter than I am were much more mistaken than I was – Michael Barone and George Will among them – but even so, I and my fellow crestfallen conservatives must ask ourselves just why we were so far off the mark.

My friend David Frum (also smarter than I am) has for years been urging Republicans to moderate if, in David’s parlance, they wish to orchestrate a “Comeback” in national politics. With a monsoon of respect for David’s intellect, I disagree with that notion.

Our previous nominee, John McCain, was as moderate as they come – even downright lefty on some issues – and he got trounced. Mitt Romney, meanwhile, despite apparently successful efforts to paint him as a corporate pirate, swinging in from the hard right with a dagger in his mouth and a briefcase full of pink slips in his free hand, is and was a moderate, too.

This may seem like utter rhubarb to those who have been fed a steady diet of Romney’s supposed radicalism, but here is a man who spoke of tax cuts as “spending,” enacted gender quotas (see also, “binders”), and, not for nothing, constructed the state-level prototype for 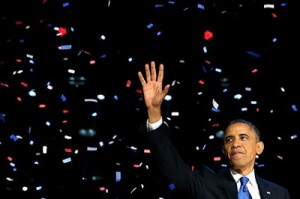 Moderate or not, we have seen that GOP presidential candidates are painted as extreme. With that in mind, can Republicans reconcile their core beliefs with an electorate that thinks in completely different terms? For example, we believe that a simpler tax system with lower rates increases tax revenue, while causing the wealthy to pay a greater share, and we can prove it by citing presidencies all the way back to Calvin Coolidge (as economist Thomas Sowell has done). But what good does that do when the reflex of every journalist, politician and undecided voter is to refer to tax cuts as something you “pay for”?

On social issues, Republican candidates will always be asked the most difficult, gut-wrenching questions, regardless of whether they choose to campaign on such matters. In a way, this is a good thing, as it forces us to scrutinize our views. But Todd Akin and Richard Mourdock ought to have known that, sure as God made little green apples, Republicans running for office will be asked about abortion in the cases of rape, incest or the life of the mother. If the best you can do is make Leviticus sound like a Planned Parenthood pamphlet, let someone else run.

To be sure, Democrats will almost never be asked to defend partial-birth abortion (or “late-term” abortion, as they insist it be called, along with attendant euphemisms like “evacuating the cranial cavity”), nor will they be asked just why an infant who survives an abortion should be denied medical care and left to die – as was Barack Obama’s policy as a member of the Illinois legislature.

But that’s just life on the right. There are many such unfair double standards; it’s why Republican Sharron Angle is supposedly too obtuse for the US Senate, yet a Democratic loony tune like Debbie “I can feel global warming when I fly” Stabenow cruises to re-election.

Republicans knew much of this going into the election, though. So again, why were we wrong and can we win without compromising our beliefs?

Columnist Andrew Klavan notes, “The smartest political writers in the country, all of whom are conservative, will now be addressing those questions.” But is it even a question of who is smarter than whom? For example, is Charles Krauthammer smarter than Paul Krugman? (Answer: Oh, yes). That said, Krugman was closer to calling this election than Krauthammer was.

And perhaps therein lay the answer. Maybe we were so far off because the United States simply isn’t the country we thought it was.

As an American immigrant, I idealized this nation’s embodiment of liberty. Bit by bit, I have had to let go of those illusions. The Land of the Free locks people up at a rate 13 times faster than its population growth, and holds more prisoners than any other country on Earth. Its tax department treats citizens and their families as US government property, regardless of where they live in the world. And now that same IRS will be the arbiter of whether your health care meets the requirements of the federal government that ordered you to buy it.

Two years ago, I wrote that Americans would not stand for the excesses of a depraved organization like the TSA. And yet, polls show widespread support for that literal manifestation of government overreach, even as its perversions have spread beyond airports. Citizens born into freedom obediently line up to be molested and manhandled by government employees in the name of “safety.” No one wants to break from the herd. In truth, Americans would rather belong than be free.

Actually, it seems Americans rather like being told what to do. And that is what modern liberalism is all about – telling you what you can say, what you can eat, what kind of car you can drive, and whether you must wear a helmet while talking, eating or driving. The late William F. Buckley described a liberal as, “someone who wants to reach into your shower and adjust the temperature of the water.” Americans have voted for just that kind of official officiousness.

I never would have thought it, and it flies in the face of convention to say so but, with lower tax rates, greater freedom of movement, and a more liberated view of industry and energy, Canadians are more attuned to freedom than their American cousins are (socialized medicine notwithstanding, but just wait…).

It is said that Americans will elect anyone to Congress – once (John Edwards, please call your office). Since 2008, I have wondered if the same is true of the presidency. Obama swept into his first term amid a unique confluence of events, including a financial crisis, a deeply unpopular incumbent party, and a somnambulant Republican opponent. It could have been a fluke.

And despite his liberal leanings, I thought it was possible Obama might pleasantly surprise. As I wrote at the time, “Here’s hoping that he is such a smashing success that he gets busted onto Mt. Rushmore and his face knocks Thomas Jefferson’s right off the nickel.”

But it was no fluke, and Obama was utterly unsurprising. As I said on radio after this year’s election, nothing would make me happier than to become a fan of Barack Obama. But this time, there is far less reason for hope. He has proven to be the hard-left, big-government liberal he seemed. And Americans seem to be okay with this.

I genuinely do not know if conservatism can win again, or what this will mean for the future of the nation. While others on the right have pronounced this to be the end of America, perhaps they’ll forgive me if I rage a little longer against the dying of the light.

Lord knows I have been wrong before (and recently), so I hesitate to make hard and fast predictions. Nevertheless, it seems that in re-electing Obama, the United States has ratified its own decline. Good luck, America. You’re going to need it.