Irony abounds aside from just the diplomatic faux pas surrounding calling a currently visiting head of state “a dictator”.

There’s also the giggles around the Democratic Party Senate Leader Harry Reid calling China’s president “a dictator”, after himself foisting their draconian government “healthcare” (–wink!) law on America, clearly against the vividly expressed will of the people.  And his statement just today in which he indicated that that after the newly elected House  —  elected largely on the promise to repeal that same “healthcare” (–wink!) law  —  takes its first steps to repeal it, Reid, as leader of the Senate, won’t even allow a vote on it in the Senate.

“I’m going to go back to Washington tomorrow and meet with the president of China. He is a dictator. He can do a lot of things through the form of government they have,” Reid said before digressing. “Maybe I shouldn’t have said ‘dictator’ but they have a different type of government than we have, that’s an understatement. So we have to work within the system we have, the best system ever devised.”

But of course you won’t hear much, if anything, about this gaffe today, or ever, and so it’s at times like these that I like to play our little game, invented to celebrate the fairness and non-hypocrisy of the liberal media!

Imagine if Sarah Palin or a Republican Said It! 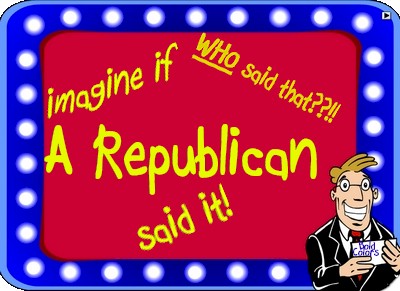 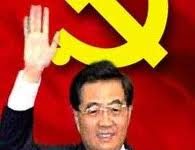