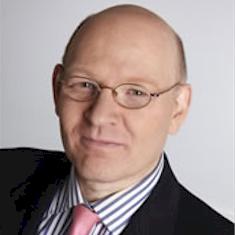 I sat last Sunday watching television with a mixture of incredulity and anger as a police inspector stood in front of a camera and explained the evils of domestic violence.

He was discussing, of course, the Shafia case and the murder of four innocent women, some of them mere girls, by their Muslim father, their Muslim mother, and their Muslim brother.

I then watched a Kingston Islamic cleric explain how this mass murder was not about Islam, and how “people of other faiths commit such crimes.”

Do they? Well, there have been some isolated cases within the Sikh community, but the only religion that produces such slaughters in countries throughout the Middle East, Africa, Asia, Europe, North America, is Islam.

Yes, of course the vast majority of Muslims would never kill or harm their children, but what does Islam actually say about the place of women within the family, the community and society?

A woman is property within the Muslim faith, first of her father, and then of her husband. Often these fathers and husbands are loving and kind, but not always. And when they are not, they are empowered by teachings of the Qur’an and by Muslim tradition to act in a horribly barbaric and oppressive manner. Look, let’s be candid here. There are Jewish people who think their children dead if they marry out of Judaism. This is rare these days, but even when it occurs, there is never any violence and certainly not death.

The same might occur with Jehovah’s Witnesses, and there can be division and pain when a Hindu or Christian young person goes astray or even marries a non-Christian or non-Hindu.

But nothing like an honour killing. This is a product of the gender power imbalance intrinsic to Islam, just as was the polygamous marriage that was the context for this family. Two wives in this case, more in many marriages in our major cities.

For God’s sake, when are we going to grasp the nettle truth and ask genuine questions?

This is not the cringe-worthy Little Mosque on the Prairie, this is not cozy fantasy, but difficult reality. You’ve read and will read myriad comments and articles splashing around in relativism and obfuscation.

You’ll hear comments about “all religions,” “all people,” Islamophobia, racism. Put it aside. You know the truth, and you know police, politicians, consensus journalists, mainstream commentators and the like are running scared. 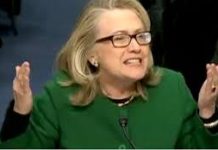