I’ve joked about the liberal mainstream media enjoying “Obamagasms” since the day he started campaigning before his first term. But the look on Barack Obama’s spokesman Jay Carney’s face at today press conference, presumably taking place immediately after meeting with Obama and together discussing the planned spin du jour or lies du jour, reminded me of Woody Allen playing Miles Monroe in Sleeper, as

Miles emerged from the orgasmatron (not to be confused with the creepy Obama “Orb” as seen at right). 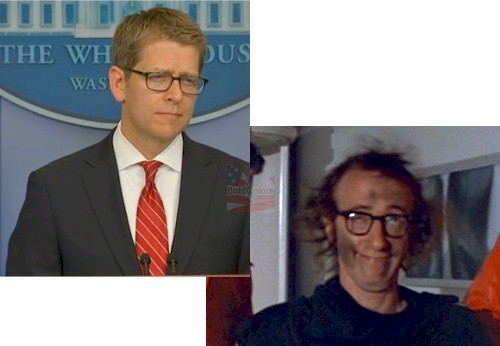 Maybe Carney was trying to goad the media into remembering the delights they used to enjoy as they experienced self-induced Obamagasms for these past several years. Ah, good times, huh, comrades? he seemed to be thinking.

Maybe Carney should have included that Miles Monroe photo in his idiotic photo montage which he displayed with a monologue this morning, as he tried his hardest to joke (yes, make jokes, in light of some of the most damning scandals in modern U.S. history) about the latest scandals heatedly discussed (as in denied) at yesterday’s Obama-gate spinapalooza. It was an embarrassing bit of theater  —  an effort at mocking the seriousness with which some media are taking the latest scandals involving corruption and distinct notes of tyranny, from within the Obamagasmatron. 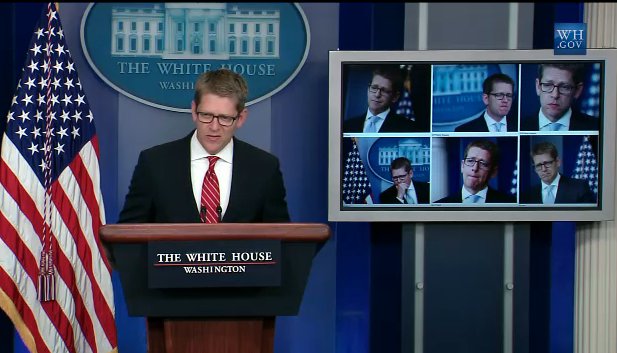 Carney’s attempt at humor in light of the fate of the United States of America as a democracy instead of a tyranny dropped like a brick, to no laughter that I could hear, by the way.

I’m pretty sure Carney and Obama enjoyed a smoke afterwards.