I called for the GOP to spark-up a multi-million-dollar TV and radio ad campaign using clips of conservatives to make the points nobody hears on mainstream media, and explain the truth of the matter to Americans. I haven’t seen that yet, but at east you did this, concerning Obamacare:

I was going to say it’s a start, but I can’t even say that.

By the way here are two screen captures that I got while typing this: 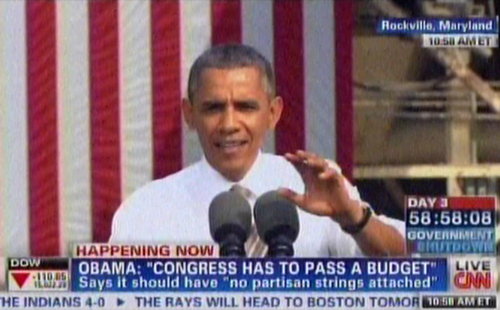 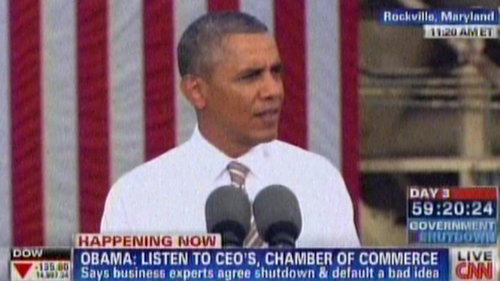 And by the way, in reporting on Obama’s speech, CNN’s Wolf Blitzer just declared that he “made a very strong case.” You know, just in case their chyrons and the post-speech head-nodding “analysts” didn’t spell it out for you.