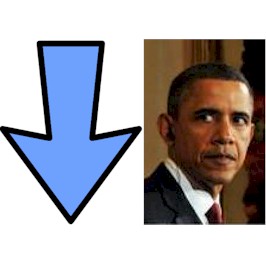 One of the most accurate pollsters in Canada says in a new survey result that 63.5% of Canadians now think Canada is on the right track.  This is up from 52% last year.  Interestingly, last year, Canada had a Conservative Party government but it was only a minority Conservative government.  Following the May 2011 elections, Canada was graced with a majority Conservative Party government.  And the positive number went way up from 52% to 63.5%. The official opposition in Canada’s parliament is an abject labor union-owned socialist party.

At least Canada is on a better track, if not the “right” track.