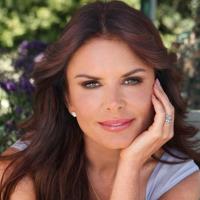 Personally, as a long-time web site owner, I’d have removed the comment, or at least used it to make another of my epic demonstrations of the level of hate and intolerance toward Christians from among the usually left-wing or far-left secular-progressive tribe. You’ll remember these are the folks who pride themselves on their (obviously mythical or imaginary — or utterly deceptive) “tolerance” and “acceptance” and “diversity” and “inclusion.”

One of the tolerant set’s anti-Christian/anti-religion tribe members was the very first to launch his hate-on for anything that isn’t anti-Christian, with this comment to the Globe & Mail’s article about Mark Burnett’s upcoming epic series The Bible. Notice how the comment isn’t directed at the Globe & Mail, Mark Burnett, or even the reporter, but God Himself. The additional metaphor of God riding in on a horse exhibits his great mastery of intelligent thought.

The commenter, “DJD” — surprisingly, such a coward he can’t use his real name — is a frequent contributor to the reader comments at the Globe & Mail. He has made other such remarks about Christianity and religion generally there. Several of them have been removed by Globe & Mail moderators (“DJD’s comment is abusive and has been removed”). One can only imagine what was said in those comments if this one stands.

One of his grander comments reads:

God isn’t real which makes the whole thing a misguided freak show. Only when people realize that god is imaginary will the World start to make sense and we can get on with saving the planet before some delusional freaks overbreeds the World thus wrecking it for everybody. Overpopulation=religion……IMO.

Perhaps this is his way of commemorating the Pope’s resignation.

Shockingly, this wasn’t from the far-left CBC.ca website of hate, where I’ve carefully documented countless such examples of hate and intolerance.

But you had to know I’d check out the CBC.ca for their readers’ usual extreme hate-on. Here are just some comments to an article there:

• “Well, should be right up his alley. The bible contains about as much “reality” as Survivor does.”
–by CBC.ca reader “Aetheist”

• “Another science fiction movie–all about nothing—
Weird for Mark to go from Reality to Fiction…
And he can get Snookie to play God….”
–by CBC.ca reader “diesel69“

• “After all the horrors, idiocy and venality that continue to be exposed almost daily in the media about religion (especially whacknut Christianity and whacknut Islam) I wonder if this series will be a horror/comedy combo, sort of like Buffy the Vampire Slayer, but with a different use for the crosses?”
–by CBC.ca reader “TonyKeene“

• “Bible stories are not historical. At best they are historical fiction — metaphors and myths mixed in with bits of real history — at worst they are lies.

“The Bible is not historical, it is hysterical because it creates hysteria in people who think it is true (hysteria: a mental disorder characterized by emotional excitability etc. without an organic cause)

“The History Channel exists to make money, not to educate viewers with actual history, and what better way to make money than to promote the Bible to the gullible. It’s what god-frauds have been doing for centuries.”
–by CBC.ca reader “PerryBulwer“

• “Thanks for the warning! An oxymoron if ever there was one: Bible & reality!”
–by CBC.ca reader “WhiteLakeDan“

This is just what these extreme secular fundamentalists from the atheist religion say in public. Imagine what gets left unsaid — what thoughts go on inside their heads. It must be a very, very dark and dour and angry and hateful and intolerant place they live in.

Anyway, on the bright side, the series starts on Sunday March 3 at 8 PM eastern, on History Channel, and is a five-part, ten-hour series.

New York, NY, March 4, 2013 – Over 27 million cumulative viewers tuned in to all or part of THE BIBLE on Sunday night* making THE BIBLE the #1 show in all of television for the night and the #1 cable entertainment telecast for the year. During the two telecasts on premiere night, THE BIBLE averaged 14.8 million viewers, 5 million Adults 18-49 and 5.6 million Adults 25-54. In the 8-10pm premiere 13.1 million total viewers flocked to THE BIBLE, including 4.6 million Adults 25-54.  Leading into the premiere HISTORY.com had it best day ever in its history, and THE BIBLE trended as #1 on Twitter with celebrities and influencers tweeting their own personal tune-in messages.