I could do this all day long. This and only this. And I still wouldn’t have time to do them all. But here’s the latest today: 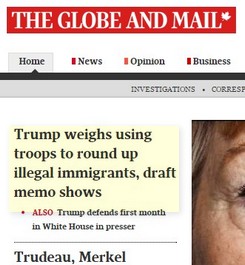 Drudge corrects the record — actually corrected it a long time ago. Globe & Mail doesn’t care. They leave their headline in place. 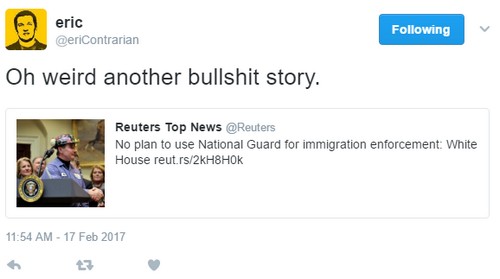 As did Sean Davis:

But the liberal media doesn’t just get headlines wrong (purposely or not — who knows?), they inject their opinion — their political opinion — into headlines. Look at this “bizarre” CTV “News” headline which is an opinion posing as serious straight news: 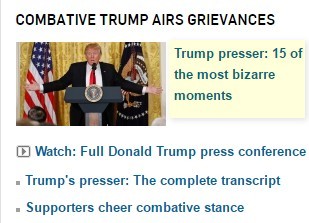 “Bizarre” is not a fact. It is an opinion. For example, I think it’s bizarre how biased the media is. (Don’t get confused by that statement: “bizarre” is an opinion. That they’re biased is actually a fact.) And besides, the whole premise of the article is to attempt to mock Donald Trump — a terrible and terribly biased journalistic tactic — at best.

That story was written by a reporter whose bio says that he is a graduate of Ryerson University’s journalism undergraduate program. I did not go to journalism school.