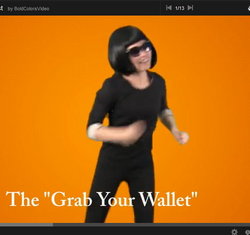 Apparently political humor is only funny  —  or even allowed  — when it’s crafted by the likes (or should I say hates) of the extreme leftist and foul-mouthed Bill Maher, or by the left’s favorite anti-conservative, Jon Stewart. Or absolutely any human being as long as the right is the target of the supposed humor.

This Michelle Malkin video, described as “A parody response video to Jimmy Fallon and Michelle Obama’s ‘Evolution of Mom Dancing’,” and which was immediately added to my Favorites list at my BoldColors.net YouTube Channel, is going viral today. Easiest prediction I could have made today: it has the progressives in a snotty little tizzy, because it’s funny and it mocks them and their sacred Obamas. Apparently, you see, it’s been deemed not funny by experts from the know-it-all left. Once again, you see, the science is settled. And if I understand correctly from all the negative tweets from the liberals in my Twitter feed and others, it’s even unfair and un-American to make fun of Michelle Obama. I’m pretty sure it will be “racist” too (like I had to tell you).

My favorite part is the “Driving the Prius” dance. Well that and how liberals are so thin-skinned, lacking in any sense of humor, and are such hypocrites. 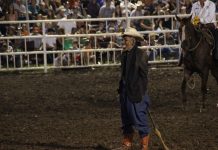