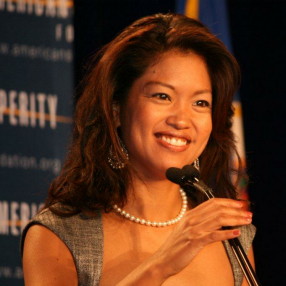 More on Mitt Romney’s spot-one remarks regarding “the 47%” and the idiot media’s incessant, deceptive blathering about it.

Michelle Malkin, whom I last referred to when a liberal pundit named Tamara Holder went on national TV and explained to America that in her esteemed, ever so nuanced, intellectual, and of course not at all like those awful Republicans’ supposed War-On-Women estimation, Malkin needed “to get laid,” wrote an excellent piece on the BS media’s latest anti-Romney claptrap. Here’s a bit:

“…Romney explained that this portion of voters was comprised of ‘people who pay no income tax. … I’ll never convince them they should take personal responsibility and care for their lives.’

“He’s talking, of course, about the Peggy the Moochers and Henrietta Hugheses of the world: savior-based Obama supporters for whom the cult of personality trumps all else. He’s talking about the Sandra Flukes and Julias of the world: Nanny State grievance-mongers who have been spoon-fed identity politics and victim Olympics from preschool through grad school and beyond. And he’s talking about the encrusted entitlement clientele who range from the Section 8 housing mob in Atlanta who caused a near-riot to the irresponsible, debt-ridden homeowners who mortgaged themselves into oblivion and want their bailout now, now, now. …”

Read the rest. Add it to your reading of my own blog entry from yesterday: “CNN and others purposely misrepresenting what Romney said.”