I got a huge amount of angry hate mail from leftists a couple of years ago when I got into it with the Canadian Auto Workers (CAW) union and their boss Ken Lewenza, who (as followers of my work all know) sounds very much like a communist to me (see link below!).

And I’m up for another round.

The left-wing state-owned, socialism-reliant Canadian media operation, the dreadful CBC, routinely  —  reflexively —  reiterates any left-wing or socialist or progressive or communist or liberal or left-wing talking point or announcement or 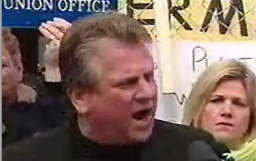 news release.  They did it again this morning.  No of course it’s not “news” per se  —  even a first-year journalism student can see that.  It’s just that their left-wing ally, Ken Lewenza, who sounds very much like a communist to me, said something.  Something yummy in the context of an election in October in the province of Ontario, where Lewenza wants anybody but the “Tories”  —  that moderately, barely center-right party (the Progressive Conservative Party, which even has the word “Progressive” built right into their party name)  —  to win.

At the state-owned, taxpayer-funded CBC.ca website, they include this article this morning, which speaks to the amazing news story about the fact that Ken Lewenza said something yummy.  You’ll notice it is a “Politics” story: 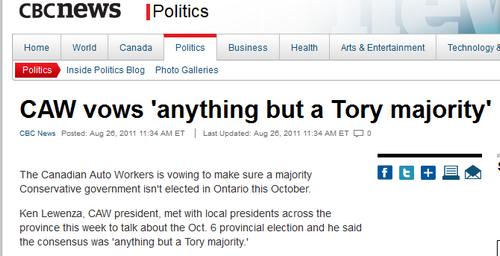 Hey I wonder if anybody who supports a “Tory” win ever said anything!  Certainly not as reported at the CBC.  I’ve never seen any such article.  But just in case, I did a search at CBC.ca for “support Hudak” (the Tory leader’s name) and I got this at the top of the search results: “Ontario Tory leader admits he smoked pot – Politics – CBC …” (and nothing like anybody supporting him).

Even a pot-smoker can see that it is in this way (and others) that the left-wing state-owned media helps guide people’s votes. And helps “inform” citizens on how they should vote. The essence is that they write “news” report after “news” report like that, and try to build up that left-wing mob mentality

, and an anti-conservative meme or cult.  It’s what the left does. Especially in the media and academia.

And it’s reason #8,486 why state-owned and state-run media should be banned in this country (or any erstwhile free country), and why that notion should be enshrined in the Canadian constitution. (I’ve also been saying that for years now.  Too many blog entries and columns to list here).

But now that I have most of the “new car”-related posts from the old PTBC site transferred to BoldColors.net, and many of the old links are  updated, this works out well.

That’s some of the posts explaining why we bought a Ford Escape (built in Kansas City by UAW)) a couple of years ago, rather than anything  the militant left-wing anti-capitalist, anti-conservative Canadian Auto Workers Union (CAW) built, and why we’ll never buy any product the CAW builds, to the best of our ability.  At least not until they embrace Canada and its free-market capitalism upon which it was successfully founded and built; and they stop working against me and half the country, and stop promoting the idea of fundamentally transforming Canada into a socialist state. And even then, I think we’ll keep punishing them a few years longer just for good measure. It’s a matter of principle. 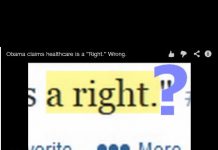 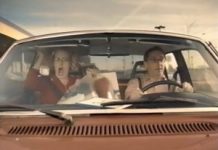