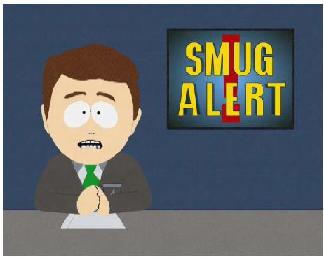 The number of Americans applying for Canadian citizenship jumped slightly after Donald Trump’s election, but numbers are still only half what they were five years ago [my bolding]. …

Five years ago, you say. Five years ago. Huh. Let’s try to remember who was president five years ago. Could it have been Barack Obama — three years after he was elected? Why yes. Yes it was. So the people — those poor “Obama refugees” — they were “fleeing” Barack Obama, then, right? Fleeing! Escaping his wrath! Hitler!

In the decade since 2007, applications peaked in 2011, with an average of 564 Americans per month applying to become Canadians…

You remember the media’s post-election stories gleefully touting precisely the opposite, right? Yes with Trump’s election (and speaking of his election… RUSSIA!!) a huge surge in folks fleeing America into perfectly liberal-led Canada even overwhelmed the Canada Immigration website, and (breathless…) those poor people walked through actual snow (SNOW!!!) to get here! (!!!)  More on page two! Also see our 13 photos of “undocumented” Mexicans walking through all the SNOW(!) in North Dakota! (!!!)

They hope you don’t remember all that BS reporting, so let’s totally remember. The whole of the liberal mainstream media — especially in Canada — went completely crazy promoting what we now know, using our vast powers of perspective and science and historic facts, to be utter nonsense — fake news created out of whole cloth by leftists in and around the media — to promote their anti-Trump agenda.

But let’s continue to reflect on facts for another moment. The truth is, more Americans were moving to Canada during Obama’s tenure — especially his first years — than during the beginning of Trump’s. Let’s also recall that a Conservative Stephen Harper was the prime minister of Canada during most of that time — until 2015, when a liberal-leftist Liberal (Justin “I am a PC feminist who welcomes Syrian or any kind of refugee” Trudeau) was elected as prime minister. Then, at that exact same time, fewer people started “escaping America” to liberal-led Canada.

Either way, it appears the number of Americans opting to become citizens has significantly decreased. In the past 10 years’ worth of data, 2016 and 2015 saw the lowest numbers of [American applying for Canadian citizenship] applicants, with 3,168 and 3,623 applicants, respectively. In each of the seven preceding years, there was an average of 5,712.

The “seven preceding years” was when there was a Conservative prime minister and (for most of it) a Democrat president. While Obama was president and Harper was prime minister, more Americans were trying to become Canadian. And even in light of the facts, no media hysteria has caught up to to explain that greater, relatively huge tidal wave of anti-Obama “refugees” to Canada from Obama’s America from 2008 to 2016.

In other real news, people are fleeing the liberal mainstream media.