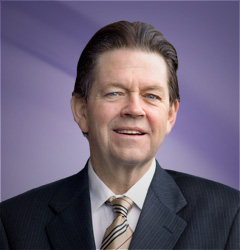 I’ve rarely come across anything in politics which is so relatively brilliant and brilliant in its simplicity, and yet is so misunderstood by so many people I thought were smart.  So much so that I reserve a table in the political pizza parlor in my mind for the Machiavellian among us (hello nearly all GOP nominees for president, and every Democrat), and wonder if people aren’t purposely misrepresenting GOP presidential candidate Herman Cain’s proposed “9-9-9” plan.

I like the plan.  But there is a possibility that my endorsement isn’t enough for the American people at large.

Paul Ryan, Republican Congressman from Wisconsin, and man who knows more about budgets and the tax code and all the implications contained therein than anybody and whose credentials in that regard are indisputable, agrees with the basic concept of the plan.  And so does Art Laffer, a member of President Reagan’s Economic Policy Advisory Board, whom all economics students study as author of the Laffer Curve, and as an economist who knows this stuff inside out. He agrees with the basic concept of Herman Cain’s 9-9-9 plan.

Art Laffer wrote about it in today’s Wall Street Journal.

By ARTHUR B. LAFFER

It used to be that the sole purpose of the tax code was to raise the necessary funds to run government. But in today’s world the tax mandate has many more facets. These include income redistribution, encouraging favored industries, and discouraging unfavorable behavior.

To make matters worse there are millions and millions of taxpayers who are highly motivated to reduce their tax liabilities. And, as those taxpayers finagle and connive to find ways around the tax code, government responds by propagating new rules, new interpretations of the code, and new taxes in a never-ending chase. In the process, we create ever-more arcane tax codes that do a poor job of achieving any of their mandates.

Republican presidential candidate Herman Cain’s now famous “9-9-9” plan is his explicit proposal to right the wrongs of our federal tax code. He proposes a 9% flat-rate personal income tax with no deductions except for donations to charity; a 9% flat-rate tax on net business profits; and a new 9% national tax on retail sales. …

I also love that Herman Cain and Godfather’s Pizza haven’t created a $9.99 pizza.  Imagine the pressure to do that.  He could call it “The Anti-Machiavel.”