Not to compare the two nuts (I mean in terms of their acting  —  Ahmadinejackass is better), but last night, Hollywood liberal and huge ass Alec Baldwin, who has actually mused about running for U.S. Senate and Mayor of New York, apparently 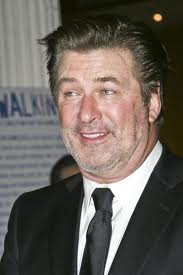 went nuts with his Twitter account in advance of, and after, the proper death penalty of cop-killer Troy Davis was accomplished and American justice was served.

For this death penalty, Baldwin seemed to choose to blame “right wing bloodthirsty trash,” and Michelle Malkin.  Oh and Dick Cheney and George Bush, as if I had to tell ya. So that makes sense. NewsBusters.org’s Noel Sheppard has some of it here. …

So inasmuch as those whom he blames for everything and the rationale contained therein, he’s not unlike Mr. Dinnerjacket.

He Tweeted multiple times in rapic succession, which in and of itself is not bad, if you’re making sense.  He implored his (I’m guessing) mostly left-wing followers (the rest just follow to watch the liberal-left lunacy in action and report on it  —  hi there) to Tweet their nasties and otherwise generally browbeat Malkin, which they apparently did, as some of those Tweets have also been written-up in various blogs.  I hope they were also passed to the FBI and Homeland Security.  I won’t even link to any of it because it’s pretty horrid.  And I’m no prude or softy. The vile language his liberal-left hate-mob used was far worse than his.  It included calling her a “chink” and using the “c-word” repeatedly.  But those were only appetizers.  Violent statements, death-wishes and death threats  —  the irony flies over their idiot-heads.

But it really helps us understand the hideous hypocrisy of liberals and their famous love of “tolerance” and “intellect” and “compassion” and their want of “a conversation” (barf), and well, how they really feel about democracy and America as we know it and love it.

Michelle Malkin has, I’m sure, been busy trying to continue her work as a patriotic American this morning despite the onslaught of outright hate unleashed and encouraged by Baldwin, but here’s a choice Twitter rebuff from Michelle Malkin which shows her resilience (also notable, there was a Tweet of hers from last night in which she finished with the Latin phrase Diligentia fortior  —  a nice touch.[blackbirdpie url=”http://twitter.com/#!/michellemalkin/status/116884044448415745″]

There was also one from our Ann Coulter last night (see her column today about the death penalty case in question) which hit the spot.[blackbirdpie url=”http://twitter.com/#!/AnnCoulter/status/116737369381683200″]
I think that about covers it.

Susan Sarandon shows how it’s hard to be liberal. And sane.