It’s one thing to stick to an ideology because it has shown itself to have worked.  It’s quite another to stick to it even though it has proven to have failed.

Only left-wing liberals and progressives like Barack Obama could review the unemployment numbers which are at historic highs even after government spending (sorry  —  “investment”) of trillions of taxpayer dollars (which Obama promised would fix the problem, largely through what we now know were merely phony bromides like the use of the term “shovel-ready jobs”), and rather than see the catastrophic failure of he and his government’s ways (the way the global financial markets and investors and consumers and the overall economy and S&P have seen it), see fit to create a new government department called the “Department of Jobs.”  With a Secretary of “Jobs.”  Seriously.  That’s the talk in Washington today. 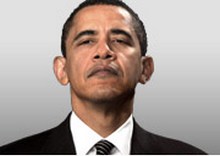 then down the line a new regulatory body is needed to regulate the erstwhile free market and any possible competitors in the free market.  And more platitudes.  If any massively government-regulated and controlled and engineered and therefore stymied and handicapped aspect of the free market fails, then rather than blame the government and its role in controlling it and “regulating” it, which was supposed to prevent this sort of thing, liberals dig deep, and whip out this bizarre calculation indicating that it’s some sort of scientific proof that more government is in fact needed, and “capitalism doesn’t work,” and the simple answer is that a little bit more government control should “regulate” the failed free, capitalist market.  And more political chestnuts like “the rich should pay their fair share.”

Trust me I know. I am from Canada, where every liberal works hard at forgetting (and using the taxpayer-paid public schools to teach everyone else to forget) that both our countries were built by self-starters, self-reliant pioneering families, entrepreneurs, and by way of free market capitalism, largely free of today’s pernicious, progressive government and its “investments” and market controls and engineering and dopey meddling.  Which all worked marvelously well until the government got involved.

As time goes on it becomes more and more clear that a blinkered Barack Obama is committed to his liberal or “progressive” left base and a Fabian socialist model for government, and completely transforming America in the process. 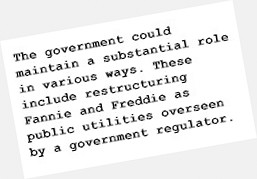 This, even as moves in that direction to date have proven, with daily bad economic news even after two years, to be a complete failure at home; and which have already proven with ample evidence to have been an abject failure abroad (see Europe after decades of it, there).

Obama seems determined to turn his gaze away from reality, and stick to his gut-level left-wing ideology by  doubling-down on his and others’ terrible bets and guesses and left-wing theories, and the stark evidence of such economic failures tested in history  —  both in America and abroad.

Even as we’ve all come to understand how the government-controlled and mandated mortgage giants Fannie and Freddy (together with other government meddling and social-engineering in the free market) destroyed the housing and mortgage market and nearly ruined the American economy, today we read where Obama favors maintaining a huge central government role in providing and controlling mortgages  —  all backed-up by yet another federal layer of bureaucracy and government central planning and social engineering and regulation  —  to further “regulate” the other layers.

On mortgage rates, Obama wants proposal for how government can keep big role

By Zachary A. Goldfarb, Published: August 15

President Obama has directed a small team of advisers to develop a proposal that would keep the government playing a major role in the nation’s mortgage market, extending a federal loan subsidy for most home buyers, according to people familiar with the matter.

… The government could maintain a substantial role in various ways. These include restructuring Fannie and Freddie as public utilities overseen by a government regulator. …

If that all sounds crazy, or like something you might have read in PRAVDA in the old Soviet Union, you’d be right, inasmuch as it’s almost identical. Even his own administration’s white paper on the available options his administration could take with regard to the mortgage mess indicates three options, the first two being to reduce or completely eliminate the federal government involvement in what should be a free-market matter.  Obama chose the third option they provided  —  an option which I’m pretty sure they threw in there as a joke  —  which is for the government to maintain or even increase its government meddling and social engineering role in the free market.

…Three options were presented. The first two called for greatly reducing the federal role in the mortgage market, perhaps eliminating it. A third option called for largely maintaining the government’s footprint …

Check the verbiage: “the third option called for “largely maintaining the government’s footprint.”  Obama sees that option (which most would see as a bit of dry humor), grasps it, and pushes it leftward, not only dreaming of “largely maintaining” the government role, but growing it and adding still new layers.  Do I even need to drag out the old bromide about the definition of the word “sanity”?

It’s breathtaking. If Americans are anything like me, they see that it’s time to take a new path: like going back to the old path.   The one that worked in America in the first place, growing America into the freest, greatest power, and richest nation the world has ever known.  An America free of progressive government meddling and interventions and social engineering and its purposeful destruction of the free market and capitalism.

That option sound suspiciously like the first two options in the administration’s white paper.  Try that option.  It worked before.

Conservatives tend to adhere to an ideology based in history and fact.  Tried and true models.  Free-market capitalism built our economy and government controls, meddling, social engineering and central planning ruined others. 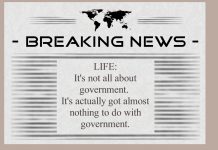