Now, it’s not funny in a ha-ha sense but funny in a you-gotta-be-kidding-me sense of the word. Obama accusing Romney of bunkum? Talk about the putz calling the kettle black.

Obama’s entire life and rise to power have been nothing more than a Texas-sized stockyard of ripe and foul compost. This man makes Machiavelli look lame. Hussein trades so heavily in BS that the Oxford Dictionary has now included his last name as a synonym for bollocks. I also hear OJ take notes when Obama speaks.

In addition, I’ve learned from reliable sources that a Las Vegas-based energy company is at work now trying to convert Obama’s gaseous rhetoric, his scat-laced hollow promises and his abysmal jobs record into an alternative fuel source to light up the Strip.

Whatever you want to call it, BS can be defined as communications in which reality and truthfulness aren’t nearly as vital as the ability to manipulate the audience to get it to do whatever one wants done. And here’s where Obama rocks with the tofu-brained masses.

BS is essentially all skewed, spun, knowingly dubious, carefully framed, pretentious, misleading or vacuous statements. Now, “BS” does not necessarily have to be a complete fabrication; with only basic knowledge about a topic, BS is often used to make the audience believe that one knows far more about the topic by feigning total certainty or making probable predictions. It may also merely be “filler” or nonsense that, by virtue of its style or wording, gives the impression that it actually means something (paraphrased from Harry Frankfurt’s book, On Bullsh*t):

In popular explanations of philosophy, the word “bullsh*t” is used to denote utterances and speech acts which do not add to the meaning of the set of sentences uttered, but which are added purely to persuade goobers of the validity or importance of other utterances.

The accuracy of the information is irrelevant whilst “bullsh*tting.” Whether true or false, BS is the intention to distort the information or to otherwise achieve a desirable outcome, making BS a close cousin to rhetoric as Plato conceived it

Do you need a few examples of how Obama has piled it high, wide and deep on Americans’ noggins? You do? Check out these smelly bullet points from our innovative BSer-In-Chief from a recent email I received …

Obama’s the first President to:

– Apply for college aid as a foreign student, then deny he was a foreigner.

– Have a social security number from a state he has never lived in.

– Go on 17 lavish vacations, including date nights and Wednesday evening White House parties for his friends paid for by the taxpayer.

– Preside over a cut to the credit-rating of the United States.

– Have 22 personal servants (taxpayer funded) for his wife.

– Repeat the Holy Quran and tell us the early morning call of the Azan (Islamic call to worship) is the most beautiful sound on earth.

– Be held in contempt of court for illegally obstructing oil drilling in the Gulf of Mexico.

– Require all Americans to purchase a product from a third party.

– Abrogate bankruptcy law to turn over control of companies to his union supporters.

– Bypass Congress and implement the Dream Act through executive fiat.

– Order a secret amnesty program that stopped the deportation of illegal immigrants across the U.S., including those with criminal convictions.

– Demand a company hand over $20 billion to one of his political appointees.

– Terminate America’s ability to put a man in space.

– Arbitrarily declare an existing law unconstitutional and refuse to enforce it.

– Threaten insurance companies if they publicly speak out on the reasons for their rate increases.

– Tell a major manufacturing company in which state it is allowed to locate a factory.

– File lawsuits against the states he swore an oath to protect (AZ, WI, OH, IN).

– Withdraw an existing coal permit that had been properly issued years ago.

– Fire an inspector general of AmeriCorps for catching one of his friends in a corruption case.

– Appoint 45 czars to replace elected officials in his office.

– Win a Nobel Peace Prize for doing NOTHING to earn it.

And Romney’s a bullsh*tter? Please. Go sell crazy somewhere else. Even Letterman called him on it this week.

A juicy whopper missing from that list is how Obama loves the woman voter and yet strangely voted “present” (read against) in ‘99 for a bill that would protect sexual assault victims from having the details of their cases revealed publicly.

And lastly—and most ghastly—regarding how Obama has lied what’s left of his backside off to we the people comes the Benghazi massacre, which keeps growing grosser, more malevolent and insidious with each passing day.

For Barack to say Romney is a bullsh*tter in light of Obama’s own weapons-grade bullsh*t is, well … bullsh*t. 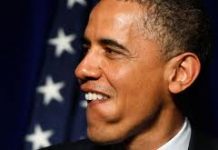 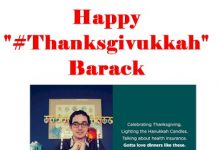