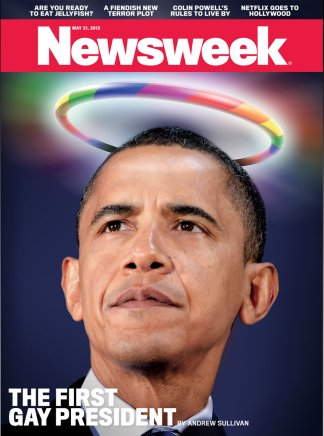 An epic slam today on the Obama regime, in which Charles Krauthammer uses precisely the right words to describe reality. Krauthammer, who actually is smart, is unlike Barack Obama, whom 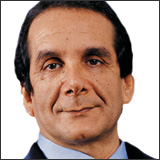 the liberal-left mainstream media dutifully and obediently and repeatedly insist is “smart,” or “supersmart,” or “ultra intelligent,” even while lacking any credible examples to back up that phoney (see below for more “phoney!”) claim.

Here’s a perfectly-crafted Krauthammer sentence in which in he summarizes the Obama regime: “The result is visible ambivalence that leads to vacillating policy reeking of incoherence.” Whoa. What an extremely polite and diplomatic way to say what I’m actually thinking, which includes several far more, um, colloquial, and, well, contentious wordiology! For example, “lame-ass” and “2016 can’t come fast enough.”

But Krauthammer backs up his words with actual intellectual substance. In this additional way, he is far different from Obama.

Of course this reasoned thinking is in juxtaposition to what liberals and left and their media, in their effort to re-shape history-in-the-making, would describe as “Obama’s a great leader because, you know, or else, zOMG, ur a racist“ (or to use Barack Obama’s own post-partisan, uniting, inclusive, tolerant, but ever-so precise and correct terminology, a “tea bagger“).

Jen Psaki, blameless State Department spokeswoman, explained that the hasty evacuation of our embassy in Yemen was not an evacuation but “a reduction in staff.” This proved a problem because the Yemeni government had already announced (and denounced) the “evacuation” — the word normal folks use for the panicky ordering of people onto planes headed out of the country.

Thus continues the administration’s penchant for wordplay, the bending of language to fit a political need. In Janet Napolitano’s famous formulation, terror attacks are now “man-caused disasters.” And the “global war on terror” is no more. It’s now an “overseas contingency operation.”

Nidal Hasan proudly tells a military court that he, a soldier of Allah, killed 13 American soldiers in the name of jihad. But the massacre remains officially classified as an act not of terrorism but of “workplace violence.”

The U.S. ambassador to Libya and three others are killed in an al-Qaeda-affiliated terror attack — and for days it is waved off as nothing more than a spontaneous demonstration gone bad. After all, famously declared Hillary Clinton, what difference does it make?

Well, it makes a difference, first, because truth is a virtue. Second, because if you keep lying to the American people, they may seriously question whether anything you say — for example, about the benign nature of NSA surveillance — is not another self-serving lie.

And third, because leading a country through yet another long twilight struggle requires not just honesty but clarity. This is a president who to this day cannot bring himself to identify the enemy as radical Islam. Just Tuesday night, explaining the U.S. embassy closures across the Muslim world, he cited the threat from “violent extremism.”

The word “extremism” is meaningless. People don’t devote themselves to being extreme. Extremism has no content. The extreme of what? In this war, an extreme devotion to the supremacy of a radically fundamentalist vision of Islam and to its murderous quest for dominion over all others.

But for President Obama, the word “Islamist” may not be uttered. Language must be devised to disguise the unpleasantness.

This would all be comical and merely peculiar if it didn’t reflect a larger, more troubling reality: The confusion of language is a direct result of a confusion of policy — which is served by constant obfuscation.

Krauthammer left out one exemplary doozy of Obama’s deceptive wordplay/lies: It’s Obama’s most recent Orwellian declaration which commands us to believe that the scandals currently unfolding under his regime and being disobediently reported only by Fox News Channel and a couple other sources …are actually just made-up, “phoney scandals.”

This is apparently but another science-derived, politically-correct term of grand unity and post-partisanship and accuracy (and a sign of his great endearment and sympathy for the not-at-all phoney dead American ambassador and CIA affiliates and staff killed and maimed in Benghazi, and the honest but disobedient conservative groups in America who have been tyrannically disfranchised by the IRS and possibly the Obama administration of their constitutional rights, etc).

Obama has successfully pushed many in the mainstream media into joining him in using this terribly accurate and diplomatic “phoney scandals” talking point, or at least he has given that lap-dog set license to execute an exaggerated and comical eye-roll whenever they are “reporting” on these scandals. His ever-so noble goal here is to cast the honest news agencies who are doing their job, all Republicans, and all the others who are on his enemies list, as maladjusted fear-mongers and idiots. Well that, and to downplay and whitewash his own, massive Benghazi failures and the ensuing corrupt coverup of this scandal, the IRS abuse of power and corruption and coverup scandal, the Eric Holder lies scandal(s), the Hillary Clinton lies scandal(s), the Susan Rice lies scandal, the Fast & Furious gun running fiasco and coverup scandal, the NSA spying on Americans scandal, the scandals surrounding the so-called “stimulus,” um, “investment” of billions of taxpayer dollars into now bankrupt “green” companies like Solyndra, the information leaks scandals, and other historic facts which dominate this failed presidency.

We should remember that the war on terror was also cast as “phoney” by Obama and his toadies. And that Obama, personally mind you, caused al-Qaeda to be “on the run,” notwithstanding the reality of their re-growing strength and threat.

Obama is like some software makers of old, which, when called-out by consumers, used to get away with calling massive bugs and nuisances in their software, “features.” Obama would just call them “inherited from the previous administration.”

For such a “smart” president, he sure has said and done an absolutely amazing number of unsmartish things. It makes me think maybe “dumb” is the right word to use to describe him. Sorry  —  “smartness impaired.” Oh OK, “because, Bush.” There. Now it’s accurate and fair.