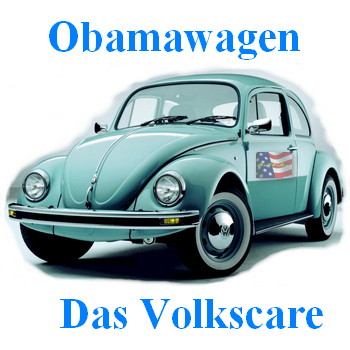 Why do I think of Volkswagens when I read lines like this? 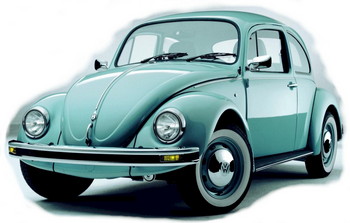 Also challenging my tolerance for the progressive absurd today is Obama’s incessant use of too-cute-by-half Twitter hashtags. I hate the gratuitous use of them by anyone in any case, but the list of Orwellian-chic hashtags from the Obama Twitter accounts is particularly vexing manifestly because he is supposed to be the freaking President of the United States. Not a 14-year-old trendy-bot.

Here’s one example, which, as a bonus, includes the exemplary Obama with his usual Divider-in-Chief propaganda, with regard to what his acolytes used to hashtag as #ClimateChange (which we all know they used to call “Man-Made Global Warming,” before they realized the global warming part was a farce). Obama now uses the left-wing, big-government, political meme-tag #ActOnClimate. The climate debate is over, so now it’s just time to #ActOnClimate, see?

After today, the #SafeClimateCaucus will have made 100 climate speeches in Congress. It's time deniers accept the facts and #ActOnClimate.

But this morning, team Obama pumped out tweets with the hackneyed #ABetterBargain, following a speech early this morning to a group of progressives at the Center for American Progress, about Obama’s “income inequality” meme (income inequality is, by the way, something I’m all for, contra the socialists among us).

Then there’s the ubiquitous Obamacare #GetCovered, and worse, #GetTalking, which is their politico/Big Brother meme to promote the notion of talking politics this “holiday” (ugh) season, with all your friends and family. This demonstrates the fact that Obama and his entire politburo live in a very lonely, dark, political Washington bubble, and have utterly no clue about what regular families do at Thanksgiving or Christmas. Hint  —  they avoid talking politics at all costs. Because that wrecks everything. #GetAClue.

See the “holiday” decoration at right, which is plastered on his eery #BigGovernment Twitter page.

And there’s a slew of other hashtags, some obviously, sickeningly, yearning for the Twitter/youth coolness factor, and failing. To wit, the Obama regime has started this new (and if you harken back through history to that same page again, it’s another a rather unfortunate resemblance),  “White House Youth” army. No no, I’m dead serious. Naturally, they have a cool hashtag for that too, which is #WHYouth. Again, I’m serious.

Obama sends his missionaries – President Obama will today dispatch an army of 160 youth leaders from across the country to sell his health law. The president will give the gathering of activists, ages 18 to 35, their talking points at the White House this afternoon. The event is part of the administration’s renewed efforts to promote the unpopular health law to young people.

#Creepy is the most appropriate hashtag here. Or to put it the way @exjon puts it (note the absence of any cool hashtags!):

For those reflexive freak-out artists, @exjon noted this afterwards:

Created that Photoshop as an over-the-top joke, but pulled it out of circulation since I didn't want to Godwin myself. Little did I know…

Little did any of us know. But all this Obama social-engineering via private corporations, and via paid private citizens like the “Obama Youth,” and this Orwellian Obama hashtag cluster-idiocy, and the mind-blowing progressivism writ large, makes a normal conservative look around at history. That’s what conservatives do. And we learn from it.

Obama was put into a good perspective yesterday, by Wall Street Journal columnist and author Peggy Noonan. It ties some of this together, and then adds some more. The whole column is a #goody but here’s a tiny passage from “Low-Information Leadership“:

… Here I will say something harsh, and it’s connected to the thing about words but also images.

From what I have seen the administration is full of young people who’ve seen the movie but not read the book. They act bright, they know the reference, they’re credentialed. But they’ve only seen the movie about, say, the Cuban missile crisis, and then they get into a foreign-policy question and they’re seeing movies in their heads. They haven’t read the histories, the texts, which carry more information, more texture, data and subtlety, and different points of view. They’ve only seen the movie—the Cubans had the missiles and Jack said “Not another war” and Bobby said “Pearl Harbor in reverse” and dreadful old Curtis LeMay chomped his cigar and said “We can fry a million of ‘em by this afternoon, Mr. President.” Grrr, grrr, good guys beat bad guys.

It’s as if history isn’t real to them. They run around tweeting, all of them, even those in substantial positions. “Darfur government inadequate. Genocide unacceptable.” They share their feelings – that happens to be one of the things they seem to think is real, what they feel. “Unjust treatment of women—scourge that hurts my heart.” This is the dialogue to the movies in their heads. …

If you follow @Peggynoonannyc on Twitter as I do, you’ll notice she never uses hashtags of any kind, probably because she rightly dislikes them. So I wish Noonan had mentioned the stupid Obama hashtags. Regardless, she hit the nail on the head with this one. No mention of Volkswagens, but she talks about Obamacare generally and Obama more particularly; the failure that is already, and the even bigger failure that is yet to be. It’s #smart.

“Evidently nobody at the White House anticipated the inevitable “Hitler Youth” jokes. That suggests not just political incompetence but a gross ignorance of history.”