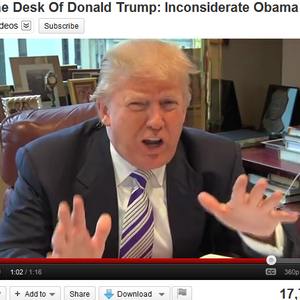 [dropcap]W[/dropcap]e must remember that Democrats are not like normal people. In their world, Barack Obama is a brilliant, inspiring speaker and Joe Biden should be trusted with scissors.

It is within this context that someone like Hillary Clinton, a canker sore of a public figure, is considered a natural, even inevitable, leader. Notwithstanding Mrs. Clinton’s recent email fiasco – true to form, it combines Tsarist arrogance with her usual, Exorcist-style projectile vomit of lies – one expects she will run for president. It is her nature.

What would she do with herself if she weren’t attempting to run your life? No matter your background, you have always known such people. They are the hall monitors, the student council scolds, the home owners’ association snoops. They cannot imagine you could make do without them, and they are fearful to let you try. Mrs. Clinton has to run. She owes you that much.

There are, certainly, other prominent Democrats contemplating a bid for the presidency. Copious press photos of former Maryland Governor Martin O’Malley playing guitar in sleeveless t-shirts suggest he aspires to high office. The absurd Elizabeth Warren is often mentioned, having advanced her career by claiming Cherokee heritage, despite her blonde-haired, blue-eyed visage giving her the distinct appearance of one of the Village of the Damned kids all grown up and granted Harvard tenure.

Meanwhile, somewhere, New York Governor Andrew Cuomo searches the skies like Prince Humperdinck tracking a falcon on a cloudy day, hoping for a sign that his time has come.

The upshot is the Democratic nominee for president will almost certainly be one of four people – and Mrs. Clinton counts for three of them.

On the Republican side, in this contest and in life, some measure of practicality is appropriate. News outlets plaster exponential Brady Bunch photo grids across the screen, suggesting any one of dozens of candidates could capture the GOP nomination. Whether this is undertaken sincerely or simply as fodder for panelists, it is monumental silly-bears. One need not go so far as to predict a winner at this early stage (although this column would be unsurprised to see Wisconsin Governor Scott Walker inviting Marco Rubio or Jeb Bush to join him on the ticket next year), but it insults intelligence and beggars belief to suggest that so many pretenders are credible.

Like Cliff Clavin naming three people who have never been in his kitchen, this list is nowhere near comprehensive. Herewith, however, is a primer on Republicans who won’t be president:

Ben Carson – A respected neurosurgeon, a reliable proponent of limited government, and an inspiring personification of self-made success, Dr. Carson has a better chance of being elected pope than president. Besides that the American people plainly do not consider the modern presidency an entry-level political position (Eisenhower was given course credit for liberating Europe), Carson lacks the experienced touch and sprawling infrastructure a plausible run requires. He is a good man without a hope.

Carly Fiorina – While she would never admit it, the former Hewlett-Packard CEO must know she is running for vice president. Besides the neophyte knocks applied to Carson, above, Fiorina is not nearly so charming as her supporters seem to think. Her angry woman routine, plainly conceived to show the eventual GOP nominee how well she stacks up against Hillary Clinton, is of limited appeal. Beyond this, her tenure at HP was not an unalloyed success and her unsuccessful run for a Senate seat in California does little to recommend her for the national campaign.

Lindsey Graham – You’d need a jeweler’s loupe to find South Carolina Senator Lindsey Graham mentioned in discussions of GOP presidential contenders but trust us, he’s in there. Conservative columnist Ann Coulter identifies Graham as the only Republican member of Congress against whom it’s always okay to run a primary, and this bespeaks his standing on the right. Perpetually imagining himself one speech away from political superstardom, Graham has apparently extrapolated his ability to cling to the GOP Senate nomination in the most Republican state to the belief that he has a national constituency. Even among South Carolinians likely to appear on the national ticket, Graham ranks no higher than fourth – after Governor Nikki Haley, Senator Tim Scott, and the indispensable Congressman Trey Gowdy.

Mike Huckabee – A consequence of involvement in American politics (besides the attention of the IRS, if you’re a conservative) is daily inundation of blast emails. For the millions of us who have received endless electronic solicitations to buy heart pills, reverse mortgages, prostate enhancers and so on from former Arkansas Governor Mike Huckabee, it is a stretch to see him as commander-in-chief. Compounding Huckabee’s relentless hucksterism are his tendency toward tax and spend “moderation” and the unsettling insincerity of his friendly, cornpone image. This Huck won’t hunt.

John Kasich – Rumpled and peculiar, Ohio Governor John Kasich has advised staffers of his inevitable presidency since his days in the House of Representatives. He is the sort of candidate who looks spectacular on paper – experience in Congress, on television, and a two-term governor of a crucial swing state – but unpleasant in person. He is at once sanctimonious and jittery, heaping compliments on himself while scanning the room for quick escapes and weapons of opportunity. Whether they can summon the exact words, Kasich will alert voters to that Confucian axiom: Never trust a weirdo.

Mike Pence – Indiana Governor Mike Pence is the riskiest name on this list, inasmuch as he could be president, perhaps even a fine one, but it is difficult to see his path to the GOP nomination. When asked about 2016 in TV interviews, Pence provides energetic, rehearsed replies, barely concealing his enthusiasm for the top job. It seems he plans to wait for an opening, but that makes him a longshot in a crowded field of eager competitors.

Rick Perry – The longest-serving governor in America, Rick Perry of Texas, is a gentleman but not a scholar (his new glasses notwithstanding). To wit, his infamous “oops” moment in the 2012 primary debates, wherein he forgot the third of three Cabinet departments he proposed to abolish, was not a one-off. Perry knows Texas like the back of his hand but, when it comes to national and international policy, he is desolate. No amount of study can transform a candidate into a plausible president if he does not live and breathe this sort of thing already. Perry is respected and admired by those who worked on his 2012 campaign, but even they can see that he is not made to lead America. You can’t put in what God’s left out.

Rick Santorum – Having scored a stunning upset in Iowa in 2012, by the skin of his teeth and after cleaning the windows and mowing the lawns of every caucus-goer in Des Moines over the previous year, former Pennsylvania Senator Rick Santorum remains hopeful. But none of us is made for all markets, the vast majority of us will never be elected to anything and, in Santorum’s case, if he were going to catch a presidential wave it would have happened by now. At 56, with a lengthy Congressional career already behind him, Santorum may go on to do good things. Becoming president is not among them.

Of course there is, and will be, much more to say of this race before it is through. Contenders like Rand Paul, Ted Cruz, Chris Christie, et al. will either earn a spot on the roster above or break through to bear the palm of victory. Meanwhile, Walker is being asked about evolution (always a sign that a conservative is polling well), Rubio is hoping Republicans have forgotten his immigration gambit, and Jeb is raising gobs of money (though this is not necessarily dispositive – President Giuliani, call your office).

But, as the Psalmist said, our days are numbered. One hopes this list helps us make the most of our time.

Theo Caldwell is a host on Newstalk1010 Radio. Contact him at [email protected] 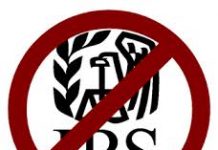