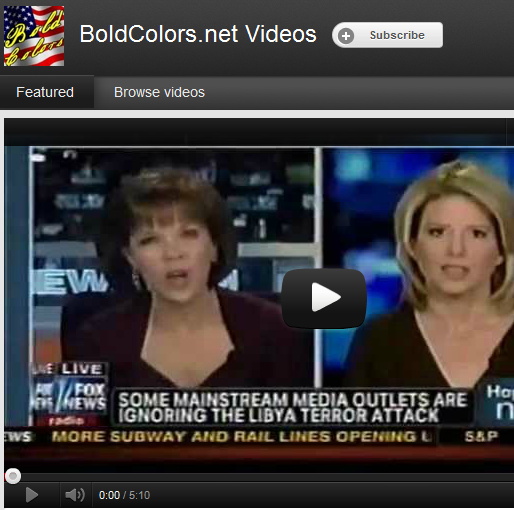 Both acknowledge a shared coverup between the media and the Obama administration, as I have since the day after it happened.

Some notable quotes from the video segment:

This follows up nicely on the heels of my blog post here, called “Last chance for media, reporters, to save reputations, and finally get honest on Obama” (they missed their chance  —  it’s too late now), and numerous other posts and columns at BoldColors.net, and my many Twitter tweets about it.

You’ll remember the Obama admin blamed it on a YouTube video for weeks, and still have provided no answers.

Cross-posted at ProudToBeCanadian.ca and JoelJohannesen.com