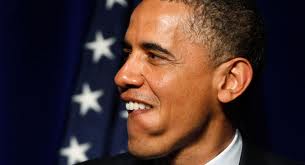 How could it be that Barack Obama’s poll numbers have held steady through these latest three massive Obama scandals  —  IRS tyranny-gate, Obama’s Benghazi-gate, and the First Amendment Demolishing/AP/Fox News investigating-gate?

Well maybe they haven’t really. This may be but another bit of a narrative-construction, and lies through omission of facts from the Obama-luvin’ mainstream media; and possibly also a self-induced avoidance of fact-facing amongst the Obama-luvin’ 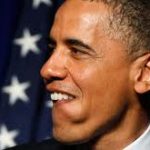 The Political Ground Is Shifting Under the President

A Commentary By Scott Rasmussen
Friday May 24, 2013

So, why hasn’t it hurt the president’s overall job approval? Some believe it has. The theory is that with a recovering

economy, his ratings should be higher. Another possibility is that the president’s base may have doubts, but they are still sticking by their man.

It also may be that the doubts are popping up in other ways. For example, at Rasmussen Reports we regularly ask voters which party they trust to deal with a range of issues including government ethics and corruption. Before the scandals broke, Democrats had an 8-point advantage on this particular issue. But there has been a 10-point swing, and the GOP now has a 2-point edge.

Among unaffiliated voters, Republicans enjoy a 23-point advantage on the ethics front. Before the controversies, it was a toss-up.

The last week has seen serious slippage in the president’s numbers when it comes to national security. From the moment Obama took office, he has always received better ratings on national security matters than he did on the economy. However, just 39 percent of voters now give him good or excellent marks in this area. That’s down 7 points from a week ago and the lowest ratings he’s had on national security since Osama bin Laden was killed two years ago.

There is obviously no way of knowing where things will lead. At this point, however, it’s fair to say that the controversies have had an impact, and the political environment is shifting against the president. …

News of his numbers “remaining stable” is all over the media. It is what Obama and his media need to convey in light of the scandals. His popularity is more important to them than the important discussion of the scandals themselves. So generally, aside from not seriously looking into the allegations of Obama-administration corruption, they don’t look beyond the surface of the polls. But let’s continue to do just that!

Another take goes like this, from Jim Geraghty‘s Morning Jolt newsletter of yesterday:

A Delayed Reaction to Obama Scandals, or No Reaction at All?

Will the scandals hurt President Obama’s approval rating? National Journal‘s Michael Catalini looks at polling history and suggests we may see a delayed reaction within a few months:

A CNN/ORC poll showed that 53 percent of Americans approve of the job he’s doing. That is about where he stood in April, when the same poll found he had a 51 percent approval rating. A Gallup poll showed 49 percent approved of the job he’s doing, and a Washington Post /ABC survey had his approval rating at 51 percent, nearly the same as his 50 percent rating in April…

The break-in at the Watergate occurred in June 1972, five months before Nixon rode to a landslide reelection, but the scandal did not damage his approval ratings until after two aides were convicted of conspiracy in January 1973. Between January and August, his approval rating dropped from 67 percent to 31 percent after the resignation of his top staffers, attorney general and deputy attorney general…

Ronald Reagan’s approval rating dipped from 63 percent in October of 1986 to 47 percent in December 1986, a month after Reagan organized the special commission to investigate whether arms were traded for hostages as part of the Iran-Contra affair.

It is worth noting that if it is resignations or firings of top officials that lead to poll numbers tanking, the head of the IRS division in question, Lois “I plead the 5th” Lerner, has just been fired, after refusing to resign. And that’s gotta leave a mark, even if a latent one.

And now, it has also been discovered that Obama’s general counsel, Kathryn Ruemmler, as well as his chief of staff, Denis McDonough, were among the Obama officials who were aware of the IRS matter as early as late last month, even though Obama stood before the media and claimed to have had no knowledge of anything  —  until as recently as last week or maybe the week before, at which point he only “found out about it in the news.” That is at once risible and disgraceful, which is now becoming an Obama habit. (But at least it proves once and for all that like most Americans, he DOES rely on Fox News Channel for his news, since Fox News Channel is about the only news source which is talking about Obama’s many scandals, in any detail).

Even Obama’s Washington Post division would seem to agree that there is a latency built-in to Obama’s so-called “steady” polls numbers these days, as written in this article by Jon Cohen and Dan Balz:

… Obama’s job-performance numbers have changed little over the past couple of months, but the stability of those ratings come with an obvious caveat. Information continues to emerge about the administration’s role in the IRS case, as well as new details about the Benghazi attack and the circumstances under which the Justice Department acted to secure records from the AP.

News on any of these fronts may shift how and whether Americans assess political culpability. With congressional hearings continuing, the administration faces a potentially lengthy testing period. So, too, does Congress.

One underlying sentiment revealed in the poll may have broad implications: People are now far more apt to see the federal government as threatening, rather than protecting, the rights of average Americans. …

Moreover, other polling reveals the opposite of the “Obama’s holding steady” meme. Fox News Channel’s latest poll asks a huge number of questions, and most answers point negative for Obama in the near to medium term. One very important number, which will once again rise up and join these latest scandals, once it takes even more hold of America in the coming weeks and months, relates to the Obamacare scandal (courtesy Guy Benson’s column at Townhall.com):

Better to keep law: 34 percent
Better to go back to previous system: 56 percent

On other words, there’s lots more Obama poll-damaging scandal and truth on the horizon.

The overarching fact is that the Obama media division (New York Times, all network news shows, MSNBC, Washington Post, and nearly all other news media, as well as Hollyweird and academiaweird, have all been helping build the progressive narrative wherein it’s practically self-evident, and no explanation or questioning is needed

(except to question the motives of the messenger), that their leader, Barack Obama, is beyond reproach in any matter that comes before him.

As we know by now, if you do question him or his leadership, you are a racist.

And they have all been actively aiding and abetting him with his pathological blame-shifting and projection and his war against American unity. He and they take turns and blame (a) Bush (b) “millionaires and billionaires” (c) gun violence (d) Rush Limbaugh (e) Fox News Channel (f) Republicans (g) bitter clingers to one’s guns and Bibles (h) Tornadoes and hurricanes and earthquakes (i) rogue IRS employees (j) “congress” (k) “partisans” (l) “sideshows” (m) corporations (n) capitalism and anything conservative, and manifestly, (o) anyone not named Barack Obama.

That in itself is a scandal yet to be discussed by anybody other than the non-obsessed, conservative-tolerant media, whose numbers and strength are undoubtedly rising.