Home Bold Blog Put Up Or Shut Up. 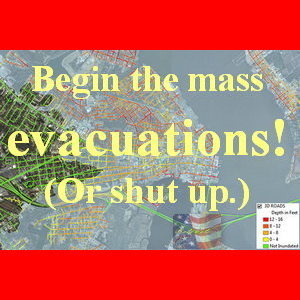 [dropcap]T[/dropcap]oday in scientific proof that even the alarmists don’t believe in their own “man-made global warming” and specifically its disastrously rising sea level theories, a headline in the Washington Post:

Sadly for the global warming alarmists and professional freak-out artists, this new mapping technology also unwittingly shows that nobody  —  not even the ally 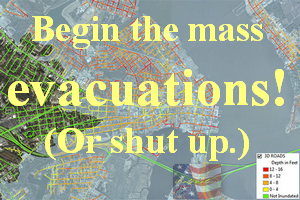 Put Up or Shut Up

If they really did believe that huge coastal regions of the country were soon going to be under water, the world’s most massive, systematic evacuation and relocation of countless tens of millions of people, along all the coasts, would have to be operational, right now. In fact, yesterday. It would be the greatest challenge in world history, taking many decades and hundreds of trillions of dollars, so they kind gotta to have started this a long time ago. Certainly right now, today.

The fact that no government, anywhere, is even talking about a mass evacuating of anybody, anywhere, means either that these governments don’t care if people under their watch lose their homes and whole families possibly die en masse; or that they don’t really buy into the claptrap any more than sensible people like us do.

They really need to put up or shut up. And this is a good test. If you really believe in the “man-made global warming” alarmism over rising sea levels, then demand that your government begin your mass evacuations of countless tens of millions of families, in preparation for the coming Armageddon. Or come clean.

Science! It’s funny, and it’s really good, how this fancy new technology – science – which will map areas supposedly subject to being imminently consumed by the ocean and “drown your town,” is what will help reveal the “man-made global warming” “science” as nothing more than the left-wing political science that it is. 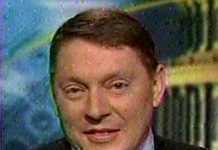