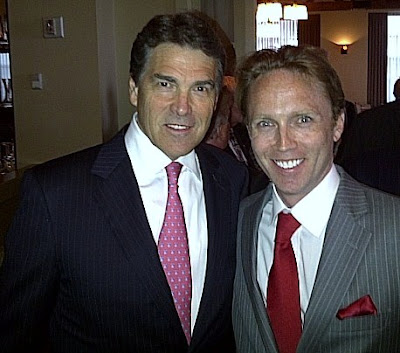 Rick Perry wants to be unimportant. The Texas Governor has famously promised that, if he is elected president of the United States, he will “work hard every day to make Washington, DC, as inconsequential to your life as possible.” In Austin recently, he gave a few of us some details as to how that shakes out.

Freedom is the watchword of the unimportant president.  Perry relates how, in a recent visit to Gaffney, South Carolina, a woman who runs a small business asked him to say something that would give her hope. Perry replied that he would, “take the boot of regulation and taxation off her neck.”  The woman was moved to visible emotion.

The pledge resonates in a country where all but the ideologically blinded recognize that government micromanagement, overspending, and confiscatory taxation stand in the way of economic growth.  And it is getting worse – as Pete du Pont notes in the Wall Street Journal, 369 new federal business regulations came into effect in July alone.

But would any politician spend the time and money required to get himself elected to the most powerful office in the world, only to turn around and dismantle its influence?  Candidates of both parties make such promises, but would Perry actually deliver?  An unimportant president would certainly be a step up from what America has now – a self-important president.  Everything you do is some of his business.  And this compulsion to control your life, coupled with his preening self-regard, makes America’s current leader ridiculous.

To be clear, it is ridiculous that Barack Obama is president of the United States.  And as Perry’s prospects and those of his Republican rivals are contemplated, it is worth noting that just about anyone would be a better fit for the job.

That’s right – anyone.  Wherever you find yourself reading this column, take a quick look to your left and right.  Now, a case can be made that whomever you might have seen would make a better president than Barack Obama.  If you are on the New York subway, for example, even that crazy shirtless guy, coming at you while giving you the finger with both hands, might be a better bet to lead America than its 44th Commander in Chief.   Or, if you are reading in some bucolic meadow and there are no other humans about, that tree stump or rabid gopher you spied would be a superior choice to occupy the Oval Office.

If nothing else, while the gopher was posing for its presidential portrait, America would save a trillion wasted “stimulus” dollars and purchasing health insurance would remain a matter of personal choice, rather than a government diktat.

But back to Perry. If we take the repeal of Obamacare as read, inasmuch as all Republican candidates will promise this, how else might he achieve his desired state of inconsequence?  Reducing the comprehensiveness and complexity by which Washington collects taxes from its citizens is an excellent way to start.  Perry is quick to volunteer that he favors the repeal of the worldwide reporting requirement, and resultant double taxation, for U.S. companies doing business internationally, noting that this move could see as much as $4 trillion repatriated to the American economy.

The worldwide reporting requirement for American citizens should also be eliminated.  America is one of the only countries in the world that requires annual tax filings from its citizens, no matter their country of residence, demanding payment above whatever rates required by that country.  That is, even if an American does not work in the U.S., consume services, or make any money there, the IRS still claims authority over that individual’s income and assets, and requires an American tax filing, as well as copies of all filings in their country of residence, and demands payment at higher, American rates.

One consequence of this global taxation without representation can be found in media reports of Americans renouncing their citizenships abroad, with U.S. consular services backlogged by requests to do so.  The cost to the U.S. economy is significant, as these are often productive individuals who do not wish to be beholden to the IRS even as they live elsewhere, and who, by renouncing their citizenships, remove themselves from American tax rolls permanently.  But apart from the dollar cost, it is anathema to a free country – especially the United States – that its tax department should pursue law-abiding citizens around the globe.

Perry’s prescription for tax rates, both personal and corporate, is refreshingly straightforward:  “Lower.”  With the second-highest corporate tax rate in the world, and a byzantine, 70,000-page tax code, America makes it awfully easy for investors to choose another destination for their capital.  Perry appreciates the economy-goosing potential of eliminating taxes on capital gains, dividends and interest, in contrast to benighted politicians who mistakenly assume higher tax rates lead to increased revenue.

He eschews the mindset of Washington-centric, regulation fetishists for whom things must be mandatory or forbidden.  The unimportant president is content for you to make your own decisions.  Not only is this a welcome departure from Washington’s reigning philosophy, whereby the Constitution’s Commerce Clause is absurdly stretched to justify federal intrusion into the most picayune matters, but it bespeaks an understanding of how a free society operates and thrives: through millions of people making different choices.

Enthusiasm for Perry’s early candidacy is reflected in national polls, and in the reaction of voters he meets across the country.  Whether this can be maintained will depend on myriad factors, from debate performances to emerging specifics of the Perry platform.  But even as he aspires to be the most powerful man in the world – if the president of the United States is still considered as such – Rick Perry promises to leave you alone.  It is a counterintuitive and compelling message.

Column appears in The Daily Caller 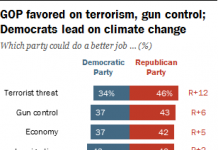