Well, the anti-Chick-fil-A thing sort of backfired, now didn’t it? Yep, the rabid gay crowd thought they were going to shut CFA down, but instead their fascist demands that Chick-fil-A’s Presidente Dan Cathy repent of his free speech actually catapulted the fast food chain into record profits. Cha-ching!

I have one word for that homo faux pas of trying to stifle a private company’s free speech, it’s: Ahahaha. Boy, you guys really read the pulse of the American people … Not.

Now, I will give the onerous gay activists this: Aside from the huge boom in ammo sales since Obama was elected, their boycott of Chick-fil-A actually spurred the first definitive economic stimulus of the Obama era. Muchas gracias.

Look, I knew this anti-free speech/chicken sandwich protest was going to go south when frickin’ Rahm Emanuel and Edwin Mah Lee got out in front of it. They represent America about as much as I represent PETA. I kept waiting for Mugatu from Zoolander to pop out and join them by slaughtering live chickens in a Foghorn Leghorn outfit while dancing to “Do You Really Want to Hurt Me” in front of some Chippendale boys. But, alas! It didn’t happen. Who can I sue?

If there’s one thing I know about Americans it’s that they love Chick-fil-A and free speech. I guess that would be two things. And Americans peacefully showing up in the hundreds of thousands last Wednesday to Chick-fil-A restaurants from sea to shining sea showed anyone with a lick of sense that Americans are not quite ready to bow and kiss the ring of a special interest group that wants to mitigate other people’s rights to freedom of expression just because they don’t kowtow to theirs.

Which brings me to this query: What’s up with this BS that we’ve got to agree with someone’s view of gay sex before we can buy or sell chicken sandwiches? When did that edict get passed? We’re damn close to making Seinfeld’s Soup Nazi look like the most rosy, easygoing consommé ladler around.

And finally, how come the gay activists got their national dander up over Chick-fil-A’s exec not being down with Brad and Chad getting engaged, yet I haven’t heard them say diddly squat about their intentions to stage a national “Kiss In” at any American mosque or give the hundreds of black pastors who vehemently oppose gay marriage the same crap they’ve been giving Chick-fil-A. What’s the matter? You’re not scared to take them on, are you? You’re not chicken, are you?

I think this past August 1st is a foretaste of what’s coming this November 6th. It’s all about freedom for all, baby, and you dudes don’t get it. But Americans do. And they showed up in droves and waited in hot lines for hours to demonstrate they will not be bullied. 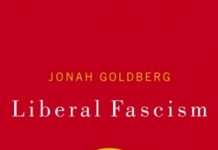 War news: Schlichter and Coulter battle for the defence of non-leftist voices, and America’s inherent freedom

Cleaning Up After Ruth Bader Ginsburg