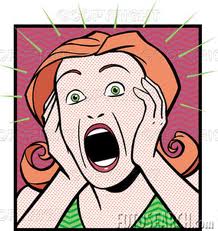 Cross-posted at ProudToBeCanadian.ca and JoelJohannesen.com

Since I regularly and properly slam the left-wing mainstream media in North America for the abject bias they display against all things even remotely conservative, I’ll take this extremely rare opportunity to point out one ounce of truthful reporting I found this morning.

Not only is the topic of the article in question surprising — the Obama/mainstream media coverup of the Benghazi-gate facts; but so is the media source of this shocking revelation — the far-left, Obama-loving, state-owned CBC. Even more amazing, the author of this article is the consistently, openly, anti-conservative columnist at that state-owned, socialism-reliant media behemoth, Neil Macdonald.

“Nonetheless, it seems pretty clear that the White House deliberately misled the public about the attack in Benghazi, either for security reasons or perhaps for political ones.”

Maybe Macdonald read my recent article, published here, slamming the media and warning them that they’ve got one last chance to redeem

themselves for their lack of honest reporting about their man Barack Obama, and to finally tell the truth about him (Last chance for media, reporters, to save reputations, and finally get honest on Obama). It’s not out of the question. His bosses at the state-owned CBC and their taxpayer-paid lawyers did write me a letter once threatening to monitor this web site [ProudToBeCanadian.ca  –ed] and what was posted here. You know, like they might do in North Korea or Iran, or in Libya. Forgive me if I continue to take them at their word.

It can’t go unnoticed, though, that the article I wrote earlier this week was not just a scathing warning to the journalists about their share of the media perfidy, and their role in helping the Obama administration cover up the Benghazi-gate facts. And it was also about the broader mainstream media’s lack of an honest vetting of Barack Obama more generally — from before the last election until this very day. Here, Macdonald makes no headway. And he offers no mea culpa. In fact he attempts to squirrel out of the alleged Benghazi perfidy as best he can:

“But that doesn’t square with reports the day after the killings, evidently emanating from intelligence briefings to lawmakers, that the attacks were military in nature, and employed heavy weapons, which several journalists, including me, reported on Sept. 13.”

While in his piece he mentions the horrible CNN presidential debate moderator Candy Crowley, Macdonald wastes none of that expensive internet ink criticizing her. Rather, he seems to rush to defend her as best he can, by defining her, just as the media does of their man Barack Obama, as “one of the smartest…” and then, also as usual, go after conservatives or Republicans instead, for even daring to criticizing her for her blunder.

To the fury of conservatives, it was the debate moderator, CNN’s Candy Crowley, who opened the door through which the president gratefully scampered.

That night and all the next day, Republicans hammered at the Benghazi exchange …

Obama’s senior officials have been evasive on the topic, and while it’s unfair to call Crowley a lapdog, as some Republicans have – the woman is one of the smartest political journalists in Washington – even she has since admitted that Romney’s concerns, which he attempted to voice in the debate, are “in the main” correct.

(For the record, pace Neil Macdonald, I did go ahead and call Crowley “a lapdog.” An “Obama lap dog” — because that’s not an “unfair” description at all.)

Macdonald offers no eorum culpa for the continued failure of the broader media, including his CBC, to communicate the whole truth about Benghazi, and Barack Obama.

The whole truth is the Obama White House coverup, and the liberal mainstream media’s part in aiding and abetting it.