While the civil war in Syria intensifies, a flap has broken out in Washington revealing the inside-the-beltway politics in the U.S. capital. It is over Huma Abedin, deputy chief of staff in the office of the Secretary of State Hillary Clinton, and concerns raised by a few Republican members of the House led by Congresswoman Michelle Bachman.

Bachman and four Republican colleagues in a letter to the State Department’s inspector general requested investigation into “the extent to which Muslim Brotherhood-tied individuals and entities” may have influence inside the State Department. The rationale for this request is the connection of Huma Abedin with MB given the fact her parents and brother have had long standing and deeply connected relationship with it.

It would not have been surprising if Democrats in Washington had taken to the roof in condemning Bachman and her colleagues of McCarthyism — the ever-ready denunciation of someone in politics or public life who questions the loyalty of some other individual or organization. But the surprising condemnation of Bachman came from the senior Republican Senator John McCain, and the Republican Speaker of the House, John Boehner.

It might be McCain and Boehner are annoyed with Bachman for handing the Obama administration an issue that can be used for racially divisive purposes in this election season. The problem is much deeper and both Democrats and Republicans are at fault.

A failure to do a diligent security check on Huma Abedin — if this turns out to be true, and while she serves at or near the pinnacle of foreign policy decision-making — is revealing of how unserious political leaders in Washington have been, and remain, when it comes to dealing with the Arab-Muslim world, in particular Saudi Arabia, and then the MB, the hydra-headed monster and most dangerous Islamist organization in the world.

In our world of divided loyalties and conflicts, it is an old story that enemies of freedom and democracy seek to penetrate deeply inside governments sworn to protect them.

The former Soviet Union was greatly involved in having its agents penetrate the U.S. government. This secret history has been compellingly narrated recently by Vasili Mitrokhin, one of Moscow’s most well-informed KGB defectors to the West in 1992.

In The Sword and the Shield, Mitrokhin with co-author, British historian Christopher Andrew, confirmed and revealed the role of Soviet agents in the West and the damage they did. One of the most revealing segments of this book is the KGB file on the Soviet agent Alger Hiss who entered the State Department in 1936, and rose to be a staffer and close advisor to Secretaries of State Cordell Hull and Edward Stettinius, and including President Franklin Roosevelt, during WWII.

The MB is a totalitarian movement, and like the Communist movement it seeks to penetrate the U.S. and western governments to advance its agenda and undermine freedom. The need to investigate Huma Abedin is not silly – it is rather a dereliction of duty not to know more about her connections, and if she has been the MB’s sleeper agent.

The flap might well take a life of its own even as the Washington establishment of Democrats and Republicans together try to stifle it. 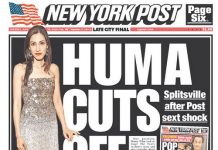 Newsflash to news media: Democrat Weiner is a Democrat, or (D), or DEM. Anything but ____ 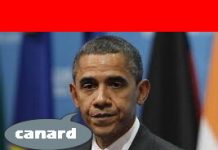