Home Bold Blog What do you think the polls say about Trump and his Muslim... 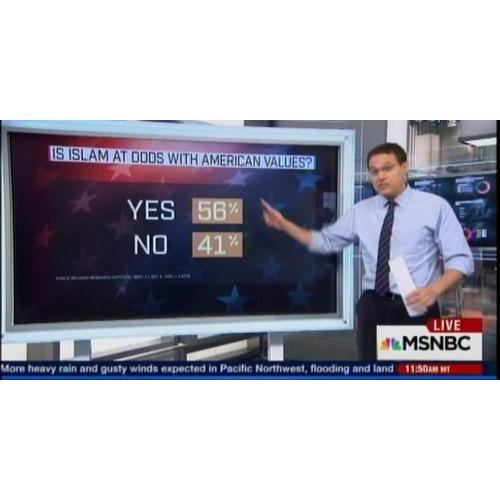 It’s shocking how much media attention has focussed on …. no let me start again. It’s totally predictable and boring how the media is wall-to-wall reporting on the supposedly universal outrage over Donald Trump’s Muslim moratorium blather. Most of the “news” “reporting” has been done sneeringly, from way, way up upon a very high horse, in the most smug, supercilious, patronizing, condescending, haughty, disdainful, lordly, lofty, airy, pretentious way possible.

It’s now even worse than their “news” “reporting” about Sarah Palin, back in those comparatively halcyon days. I’m inclined to take Trump’s side just for that reason alone.

Say what you want (and if you’re like most people, it’s a lot, and it’s haughty) about Donald Trump and his suggestion for a moratorium on Muslims crossing America’s borders. In at least one poll, people across America – not just Republicans – agree with him more than they do his ever so morally outraged critics.

Despite an international uproar and condemnation by President Obama and nearly all of those running for the presidency, Donald Trump’s proposed ban on Muslims coming to the United States has the support of a sizable majority of Republicans – and a plurality of all voters. …

… Among all voters, 46% favor a temporary ban on Muslims entering the United States, while 40% are opposed. Fourteen percent (14%) are undecided. (To see survey question wording, click here.) …

Other polls don’t show that. But several polls show at least disfavor towards Muslims in America. So it may be more about semantics and being PC than actual disagreement.

Meanwhile, here is the latest from RealClearPolitics.com on the current actual situation:

The mainstream news media never reports on that existential problem in America, even sheepishly. Because since they elected him, they’re not feeling quite so haughty and smug now. Luckily for them they have found something else to wag their finger at and feel smug about. 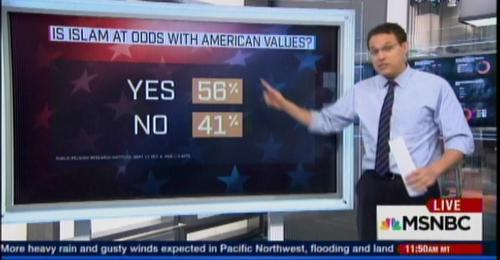